Home Entertainment Fallout 5 should solve the problem with power armor 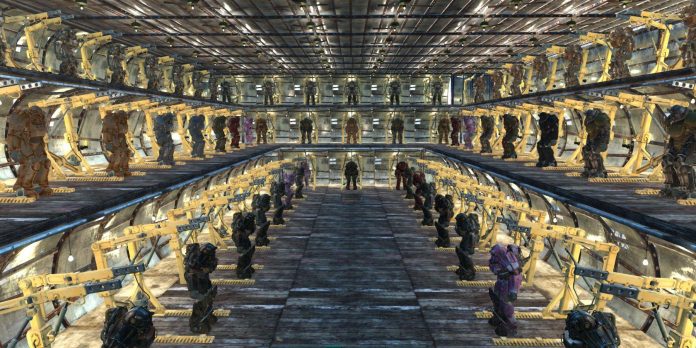 Fallout 4 was an enjoyable but flawed entry to the franchise. Many didn’t like the voiced protagonist and lackluster main quest, alongside other changes to the gameplay. One salient difference, however, is in how the game treats Power Armor.

Even though the next game in the series is still a long way off, it’s worth looking into what went wrong in Fallout 4. And when it comes to fixing Power Armor mechanics, it’s necessary to look back at how the older games handled it.

RELATED: Bethesda Should Let Players Choose Between a Voiced or Silent Protagonist

Before Fallout 4, Power Armor was often a mid- to late-game acquisition. Players wouldn’t be able to find a set until they’ve progressed through a significant portion of the game. This was the case in Fallout and Fallout 2, wherein the accessible suits of Power Armor were located far away from the starting point and often locked behind a specific quest.

In Fallout 3 and Fallout: New Vegas, there were significantly more suits of Power Armor available. However, the player needed to acquire the Fallout perk “Power Armor Training” to even wear the suit. This is done by either progressing through the main quest or requesting training from certain members of the Brotherhood of Steel. Thus, Power Armor was still gated to the latter portions of Fallout 3 and New Vegas.

Fallout 4 was where things changed. The game provided players with a working suit of Power Armor in the first hour of the game — a drastic change from its predecessors. To somewhat control the overpowered nature of Power Armor, Fallout 4 instead added a fuel mechanic to the mix. Thus, to make use of Power Armor, players needed to have fusion cores on hand to keep the suit functional. These fusion cores were scattered across the map of Fallout 4, spurring players to explore.

Now, there are a couple of problems with this new method of introducing the player to Power Armor. First, it seems to contradict pre-established lore. This is because in Fallout and Fallout 2, suits of Power Armor were said to have built-in micro-fusion reactors that could easily fuel them for a century. And though this wasn’t mentioned in Fallout 3 and Fallout: New Vegas, those games didn’t have a fuel mechanic, reinforcing the idea that Power Armor didn’t need constant refueling.

Granted, this new system isn’t necessarily a retcon. It probably would have been better received had Fallout 4 explained how the fuel change took place. Even a brief holotape talking about how the micro-fusion reactors were giving out would have sufficed. But since Bethesda didn’t provide anything to justify the change, the community was left to fill the gaps in the lore.

That covers the first issue with Fallout 4’s Power Armor. The second is that Fallout 4 makes Power Armor too easily accessible. It presents the players with their first suit in one of the earliest quests in the game, then adds plenty of others across the Commonwealth. Sometimes they aren’t even on powerful enemies but just lying inside an enclosed space, with nothing but an Expert locked terminal in the way.

This reduces the value of Power Armor in Fallout, which is supposedly the best form of protection in Fallout’s post-apocalyptic wasteland. By providing the player with so many suits of Power Armor, acquiring them becomes less of a means of survival and more of a game. Thus, they aren’t viewed as rare, extremely sought-after tools anymore, just as collectibles.

Not to mention, it doesn’t make sense that so many suits of Power Armor are just sitting in the wasteland, untouched. With the sheer number of raiders and other wastelanders in the Commonwealth, it seems absurd that none of them stumbled on any of the suits. This, again, reinforces the idea that Power Armor isn’t a coveted tool. It’s just an in-game trophy, specifically for the player to take.

All that said, perhaps Fallout 5 should rethink its means of introducing Power Armor to the player. There’s no problem with giving the player a suit of Power Armor as part of a quest. However, this shouldn’t be done so early in the game, like Fallout 4 did. Perhaps it would be better to do this at around the midpoint of the main quest. This is so the player isn’t given an extremely powerful tool too early in the game.

Additionally, it may be worth reintegrating the Power Armor Training perk in Fallout 5 when it comes out. Although this wasn’t present in Fallout or Fallout 2, it makes sense in the context of protagonists like Nora, who has no combat training. It also worked well in Fallout 3 and Fallout: New Vegas as it gated the use of Power Armor. Plus, it made the players feel like they earned the ability to use the suits.

As for fusion cores and the fueling mechanic, these can stick around for Fallout 5. It’s actually a useful way of limiting the player’s use of Power Armor. That said, the evolution of Power Armor and the nature of fusion cores need to be explained. This is to lay to rest any qualms about retconning — at least, concerning the topic of Power Armor fuel. There are, unfortunately, plenty of other things about Fallout Power Armor that don’t make sense, but the fact of the matter is: the fusion cores system is a decent addition to the game.

Finally, it shouldn’t be easy for the player to get their hands on Power Armor. At the end of the day, Power Armor isn’t supposed to be a collectible. It’s supposed to be a powerful item that protects the player from the rest of the wasteland. Thus, by making them far less common in the game world, players will start valuing them more.

Again, Fallout 5 is still a few years away. Even so, the community is hoping that Bethesda will do the game justice, especially after the letdown that was Fallout 4. One way to go about this is to fix the problems with Fallout 4’s armor Power Armor and change how it’s presented in the game.