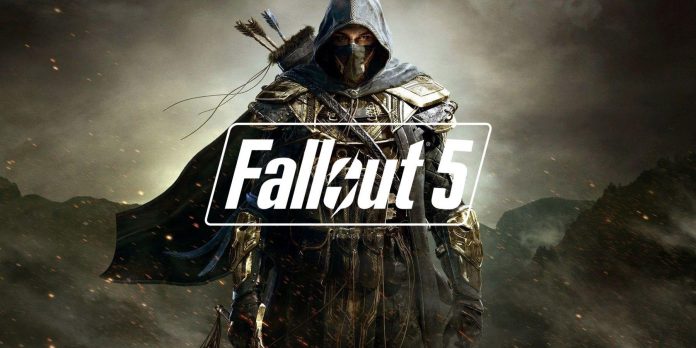 Fallout 5 will inevitably have a huge following after its final release, as the franchise is one of the most popular Western role-playing games in the industry. As with any recent addition to such a long-standing and prestigious franchise, the game must implement completely new features to meet the expectations set by previous installments.

At the same time, the next game in the Fallout series could borrow some popular elements from the equally well-received Elder Scrolls franchise, which is also developed by Bethesda. As for the factions, the sinister Dark Brotherhood, often featured in The Elder Scrolls games, could be a huge source of inspiration for a similar group presented in Fallout 5.

Faction of the Dark Brotherhood The Elder Scrolls

The Dark Brotherhood is an ancient legion of assassins who operate throughout the continent of Tamriel, in which The Elder Scrolls takes place. In fact, the organization acts as a business and a cult at the same time, organizing both large and small murders in the name of divine intervention and political manipulation.

The Brotherhood may have reached its peak during the events of Oblivion, when they were feared everywhere as a truly powerful and mysterious hidden faction capable of silencing even the most influential voices. Although their power has waned, the faction has emerged in Skyrim in a more random and low-ranking way, still acting as a malicious cult, but on a much smaller scale.

How the Dark Brotherhood Can be Adapted to Fallout 5

Because Bethesda uses the same rough RPG structure for the Fallout and Elder Scrolls franchises, both IP’s are known for their unique faction-based storylines that complement the core gameplay of any franchise game. While The Elder Scrolls features the likes of the Thieves Guild and the Dark Brotherhood, Fallout allows players to immerse themselves in factions such as the Brotherhood of Steel and the Railroad.

Despite the wide variety of factions in the Fallout franchise, none of them has such a frankly vile and sinister reputation as the Dark Brotherhood of The Elder Scrolls. Thus, there is a gap in the apocalyptic franchise that needs to be filled, and Fallout 5 is a great opportunity for this.

Given the dystopian setting of Fallout, titles are no stranger to showing cult and abnormal organizations, so the introduction of an organization in which players could actively participate would not be far-fetched. In fact, a faction can act in exactly the same way as the Dark Brotherhood does, using its worship of a higher power to identify and justify the murders that the player can then commit. Climbing the corporate ladder in the mentioned organization, the player can be involved in internal conflicts and inconvenient truths of the faction, which will undoubtedly become an exciting quest line.

In role-playing games like Fallout games, which pride themselves on allowing the player to dictate their own morals, a clearly evil organization similar to the Dark Brotherhood would be a fantastic way to push the boundaries of player engagement even further. Considering how popular the Dark Brotherhood has become in The Elder Scrolls, a similar faction in Fallout 5 is sure to be a hit among fans.

Fallout 5 has been announced.