Home Entertainment Fallout 4: Bethesda Donates Money In Honor Of The Deceased Dog Who... 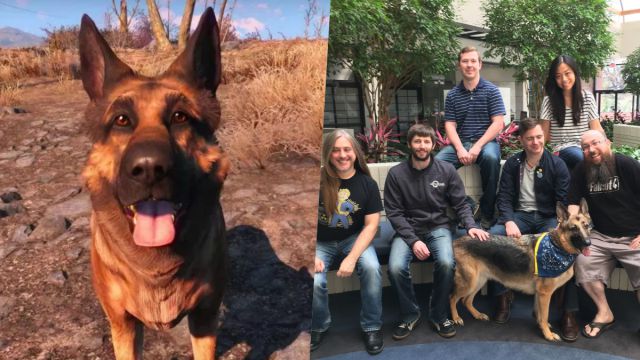 Fallout 4: The dog that served as a model for Álbondiga recently died, so the developers wanted to pay her a tribute. Álbondiga is one of the most characteristic characters in Fallout 4, a German shepherd who accompanies the player during the adventure. To create it, the Bethesda team used a real animal, the dog River, who recently passed away. Since then, the developers have shown it on social media, a tribute that now translates into a donation to the Montgomery County Humane Society, an organization focused on animals. Xbox and Bethesda have donated $ 10,000 to the cause and ask users to contribute their money if they wish.

They have done it through social networks and in honor of the deceased dog. The official Xbox account, in fact, has retweeted the tweet in which Joel Burgess of Bethesda announced the sad news. “Meatball forever!” They publish, accompanying these words with a heart. “In honor of River, Xbox and Bethesda will donate $ 10,000 to the Montgomery County Humane Society. If you want to join us in the donation you can do it at this link “(currently the page is down, probably due to excessive traffic).

River served as a model to capture the figure and movements of the virtual dog from Fallout 4. Burgess himself posted a thread on Twitter in which he showed the process and what his company meant to them. According to his testimony, the dog was not only present at the meetings, but her main function was simply “to be with the team.” The more time they spent with her bonding, the more they saw Meatball as a character and as a friend of hers.

“As River stole her heart from us in the studio, more and more of her colleagues found the way to help us give her personality in the game.” Burgess also recalls that River went on to win an award for best dog for her role in Fallout 4, “thanks to everyone’s great work.”