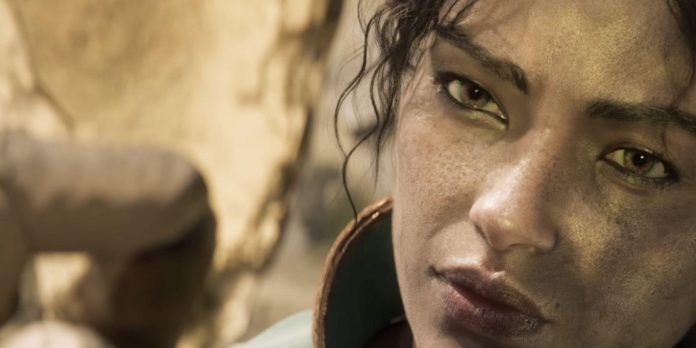 After the intriguing and beautiful Atlas Fallen trailer, there may already be quite a few future players who are looking forward to the opportunity to get the title in 2023. The world premiere at Gamescom may not have showcased too much gameplay yet, but it pays particular attention to setting up the main themes around which the game revolves, while simultaneously demonstrating what players can count on in combat. Judging by what gameplay fans can see at the end, it seems that they will be able to move exactly like the characters in the cinematic part of the trailer, which is exciting.

Currently, the only known information about Atlas Fallen is that it has a semi-open world that holds the secrets of a lost civilization. As players explore, they will find mysterious, ancient dangers and “fragments of the past.” In many ways, this has already reminded Forspoken fans because of the overall appearance of the project. However, this similarity may not be a bad thing, since Forspoken is often praised for the appearance of the gameplay, which from the very beginning bodes well for Atlas Fallen. However, Atlas Fallen focuses on one big part of its ancient and ruined nature, making it clear that the game revolves around the sand itself.

Atlas Fallen — a game about sand

When it comes to trailers, whether the product is a game or a movie, the very beginning is always important because of the impact of first impressions. The right approach to the first seconds can change the interest of potential customers in advertising. The Atlas Fallen trailer uses the curious phrase “sand has memories” as a way to approach this. While this phrase may seem a bit strange and simple, the rest of the ad shows how barren the desert these characters are in, that monsters made of sand can appear out of nothing, and that even the attacks the two travelers use involve sand. .

This is definitely done on purpose, as the game’s website describes that players can look forward to “sliding through the sands of the eternal earth” using the “destructive abilities of sand” to “master the sand”. The way Atlas Fallen describes itself makes desert grains sound like the most important aspect of the game. This is done in such a way that it is safe to say that if Annapurna Interactive Stray is considered a “cat game”, then Atlas Fallen can be considered a “sand game”.

Anakin Skywalker and his thoughts on Sand

While most fans usually don’t talk about the Star Wars prequel films, some moments were remembered by the audience for both good and bad reasons. In Attack of the Clones, Anakin Skywalker talks a little about his feelings for deserts and beaches on a date with Padme Amidala. “I don’t like sand,” he says, “it’s rough, rough and gets everywhere.” This phrase is one of the most memorable quotes from “Attack of the Clones” partly because of how random it is and stated in a way that Hayden Christensen, the actor who played Anakin, seemed to think: “Why am I saying this? “, as it was filmed.

At least the fans took something important out of this scene. Anakin Skywalker hates sand. It’s fair to say that Anakin would never play Atlas Fallen, since his sand-based gameplay only correlates with what he thinks of it. It covers all the characters in the cinematic trailer, but looks just as rough and crude as Anakin described. Judging by the way the enemies, defeated, die in the explosion of sand, it could be even worse than he could have imagined. Due to the fact that Atlas Fallen takes place in the desert with forces that make full use of it, this is definitely not a game for Jedi turned Sith.

The Fallen Atlas: What is hidden under the sand

However, despite the fact that Atlas Fallen still doesn’t sound like a game that Anakin will like, it actually seems like the perfect game for him if you delve deeper into it. From the point of view of the narrative of the role-playing game, it seems that it is aimed at the theme of rising from the dust to free humanity from oppressors. This has more to do with Anakin than just the sand theme, as he was born to a slave on Tatooine. However, despite the fact that Anakin was able to become a Jedi and become free, his mother died a slave after he had nightmarish visions of the future regarding her death.

Freedom is Anakin’s constant theme, and doing what is right in his eyes, contrary to what the Jedi believe and forbid him to do, is exactly what pushes him to the dark side. With that in mind, a game about liberating a Tatooine-like desert land from oppression is actually a great game for Anakin, and maybe it was great for therapeutic reasons when he needed it most during his story.

When do the events of New Tales From the Borderlands take...