Home Entertainment Fall Steam Next Fest Is Now Scheduled With Hundreds Of Demos Of... 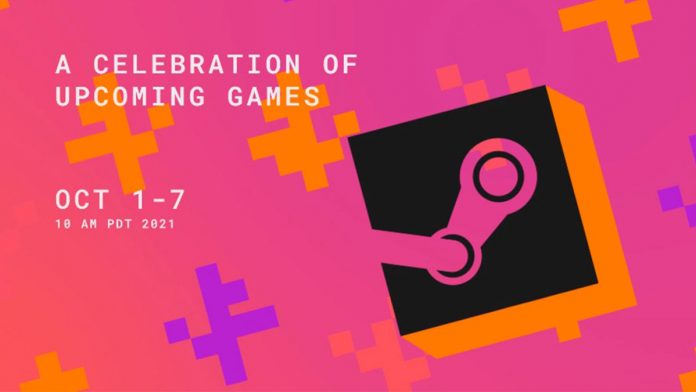 Steam Next Fest: The Valve platform celebrates a new edition of its festival of demos of its next novelties, seven days to test hundreds of video games. Steam, the popular digital video game platform for PC, will soon celebrate a new edition of Steam Next Fest, its particular event in which hundreds of exclusive demos of the next novelties from the Valve store are offered. So much so, that the next Autumn Steam Next Fest will take place from October 1 to 7, 2021, starting at 7:00 p.m. CST, a total of seven days in which to enjoy game trials of all class and gender.

Try the next Steam news

Thus, and as usually happens with the different editions of Steam Next Fest, users of the Valve platform will have access to a catalog of hundreds of exclusive demos during the week in which the event is held. A unique opportunity to discover new titles, some of them true strangers who have the great opportunity to make themselves known through their demo.

Some of the protagonists of this new edition of the Steam Next Fest have already been revealed, among them, the long-awaited Tunic and his pleasant fantasy universe, the visually surprising ANNO: Mutationem, the most 90s strategy with Starship Troopers: Terran Command and many plus.

“We are announcing Steam Next Fest, a multi-day celebration of upcoming games. Explore and test the demos of hundreds of games, watch the developer broadcasts and chat with the teams about their games in preparation, which are coming to Steam ”, we can read on the official page of the event that Steam has enabled.

Those interested in trying the Steam Next Fest demos can now enable a reminder on the event page itself, in order to start playing what’s to come on Steam without wasting a second.