Home Entertainment Fall Of Porcupine looks like the perfect title for Night Of The... 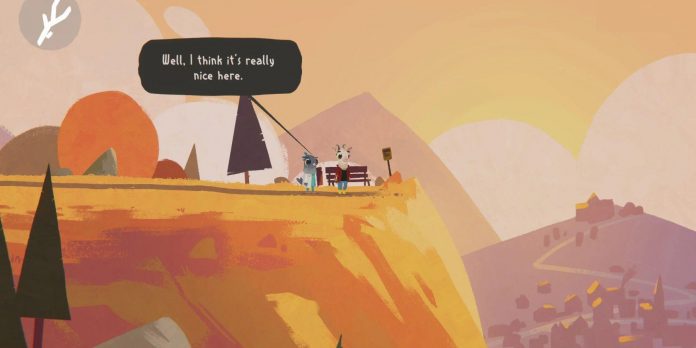 Fall of Porcupine is a cute 2D platformer with anthropomorphic characters, which will be released in 2023. Players take on the role of a pigeon named Finley in a town called Porcupine, traveling between their daily lives and working in the healthcare system. The indie game looks like it could be a sequel to Night in the Woods, as it has a lot in common. However, it is made by a new independent developer: Buntpecht Games.

Night in the Woods was an indie game that won the hearts of many players with its deep thoughtful tone mixed with humor. Despite the charming design, it touched on serious topics of insecurity, disenfranchisement of young people and underemployment. Although there are no plans for a sequel to Night in the Woods, fans should definitely pay attention to Fall of Porcupine, as it seems to be the perfect game for Night in the Woods fans.

What is known about Fall of Porcupine at the moment

The demo version of The Fall of Porcupine is available on Steam and should be released sometime in 2023 for PC (via Steam), Nintendo Switch, Xbox One, Xbox Series X/S, PS4 and PS5. Reviews from GameStar and IndieCup are already comparing it to Night in the Woods, and it’s hard not to. The town of Porcupine is very reminiscent of a Night in the woods of Possum Springs, and not only by its name. Like Possum Springs, Porcupine is described as a sleepy town where autumn begins to rage.

What also connects this game with Night in the Woods is its gameplay. The player will have to explore the city, communicate with interesting characters and make decisions in dialogues that can affect relationships. Steam advertises a wide range of dialogues, the game has serious, funny and deep moments. The Steam page also hints that the city may have dark secrets and that some characters may be dishonest.

With all this commonality with Night in the Woods, it is also important to note what distinguishes this game. It seems that the most important thing that distinguishes “The Fall of the Porcupine” from “Night in the Woods” is its attention to healthcare. Finley will spend a lot of time working at the local St. John’s Hospital. Ursula, and there is hope that the game explores the shortcomings of the healthcare system. Now players of different cultural backgrounds may have different expectations on this topic. It is worth knowing that the development team of this game is based in Germany and is going to investigate problems, especially in the Western healthcare system.

Exploring the topic of imperfect healthcare systems, the player seems to be really working with patients. Players will diagnose patients and report them to the head doctor. The trailer showed the simple mechanics of working as a doctor, for example, giving injections. Game-News 24 reported that Buntspecht Games actually interviewed over 20 patients and hospital staff to make the game authentic.

Another difference between the story and “Night in the Woods” is that Finley will become a new face in “Porcupine”. Also, since Finley is a pigeon, they will be able to plan, walk and jump. Despite the anthropomorphism, it seems that “The Fall of the Porcupine” will also feature animals that are very different from those in “Night in the Woods”. Characters that can still be seen in trailers include a cow, a bulldog, a sheep, a goat, an armadillo and a snow leopard.

Fall of Porcupine will be released sometime in 2023 for PC (via Steam), Nintendo Switch, PS4, PS5, Xbox One and Xbox Series X/S.