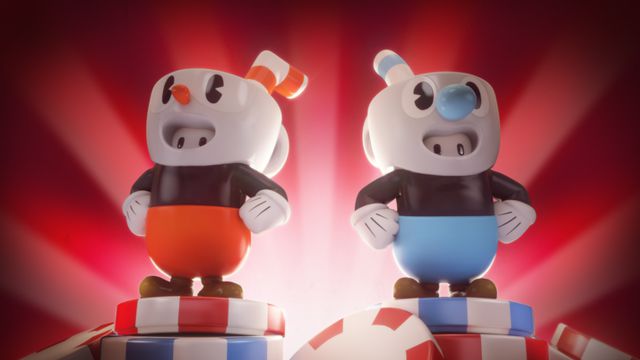 Starting next Wednesday, February 24, the characters of the Studio MDHR platforms will be the protagonists. Fall Guys: Ultimate Knockout remains immersed in its third season, although it has already passed the mid-threshold with new content.

As the wheel never stops, next Wednesday there will be interesting news, especially for fans of Cuphead, the nice (and infernal) production of Studio MDHR. Mediatonic has announced a series of skins based on the saga, which will arrive seasoned with new gestures. On Saturday, in addition, we can also enjoy Mugman.

Cuphead fits perfectly into the world of Fall Guys, a kind of Yellow Humor where survival is everything. These battle royale games conclude when the last participant has been left standing, all through different tests. If you make a deal with the devil, you know what to stand for, but in Cuphead’s case, at least he has the skills to deal with the countless enemies that loom over the protagonists.

Announced for Nintendo Switch and Xbox

The Mediatonic title is preparing for a new stage, in which the video game will expand to new platforms. During the most recent Nintendo Direct, the study took the opportunity to confirm that it will bring its title to Nintendo Switch. No exact date has been offered, but the launch window will be next summer.

The same will happen with the version for Xbox One, Xbox Series X and Xbox Series S. Although the official Xbox Game Pass account announced that the title would be available on the service, shortly after they rectified. What is certain is that Microsoft consoles will also receive the game in summer. Without a doubt, a good opportunity to expand the fun multiplayer experience of Fall Guys: Ultimate Knockout to other platforms.

The title is currently available on PC and PS4, although it is backwards compatible with PS5, Sony’s next-generation console.

Resident Evil 8 Village will have new gameplay in the Showcase:...

Darkrai in Pokémon Legends Arceus: How Can We Achieve His Mission?