Home Entertainment Fall Guys was seen by 20 million players in the first 48... 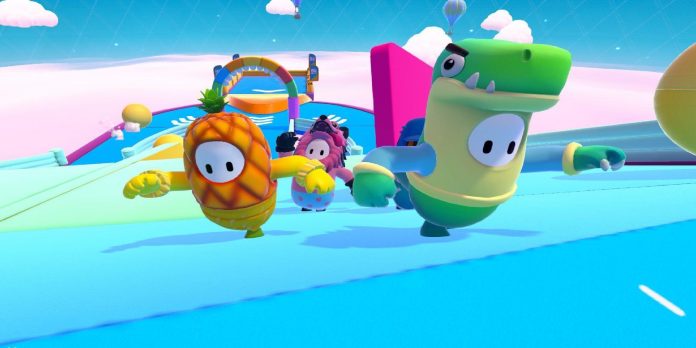 When a previously paid game becomes free, sometimes it can be seen as a negative moment, as fans may assume that the game is not getting enough sales. However, bringing the game to the free games market can quickly increase the player base, since gamers have almost no excuse not to try the game, which will only cost them the time they invested and some space on their computer. console or PC. Recently, Fall Guys has joined a host of other available free games in the “battle royale” genre, as well as released on Xbox and Switch.

Although there were some initial server issues when Fall Guys became free, they were resolved quickly and the Mediatonic developer achieved great success. It was recently announced that after the first 48 hours of free Fall Guys play, there were over 20 million players in the game. These figures are taken from all platforms on which Fall Guys is currently available, but Mediatonic did not share which consoles had the most players.

RELATED: Fall Guys are Giving Away Free Content If Enough Fans Pre-register for the Free Version

The massive increase in the player base is probably partly due to the release of Fall Guys on the Nintendo Switch. Even with the graphical downgrade of the Nintendo Switch version of the Battle Royale game, many believe that the simplified gameplay of Fall Guys and attractive visual effects make it one of the best in its genre that you can pick up and play on the go. However, it’s impressive when the game reaches so many players in such a short period of time after switching to a free game.

It seems that in addition to being released on larger platforms, the quality of Fall Guys has also led to a rapid increase in the number of players. Some were concerned that switching to a free game would reduce the quality of Mediatonic’s stylish battle royale. However, so far there has been no noticeable decrease in the quality of the game. There were even new cosmetic content items that players could get by signing up for Fall Guys before June 21.

Even though things are looking very positive for Fall Guys right now, there are still some things that could go wrong, and fans are already pointing out some problems. In addition to minor server problems caused by a huge influx of players, some have found that the first season’s battle pass progression system works in the opposite direction, and it’s more productive to lose a Fall Guys game than to win. Hopefully, these issues will be fixed over time, and Fall Guys will be able to continue to succeed in the new era of free games.