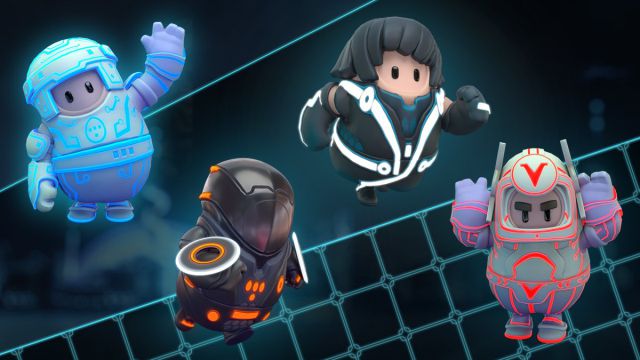 Fall Guys: Ultimate Knockout, The Mediatonic video game is still shaping its arrival to Microsoft consoles and Nintendo Switch, although these versions have been delayed.The fourth season of Fall Guys: Ultimate Knockout continues, with a futuristic aesthetic that fits like a glove with the next skins that will arrive in the video game. These are new costumes inspired by the science fiction movie Tron, which we can wear from next May 24. In doing so, players will step into the shoes of these alternate versions of Tron, Sark, Rinzler, and Quarra. Its price? A total of 22,000 kudos.

As can be seen in the image, which has been posted on the video game’s official Twitter account, the appearance of the characters follows the line of the fun Fall Guys puppets, each of them personalized with the corresponding costume. Whether or not you look like Tron and his friends, the competition is on and the game has only just begun.

🚨 TRON IS COMING TO FALL GUYS 🚨

Sark will be featured in the store for 22K Kudos

There will also be a DLC pack containing:
⚡ Tron
⚡ Rinzler
⚡ Quorra

Releasing on the 24th of May! pic.twitter.com/Kt3qOlPUWH

Mediatonic recently released update 4.5, which adds one of the most demanded features by gamers. We are talking, of course, of cross-play, already available on PlayStation 4, PlayStation 5 and PC. There have also been new features in the form of new rounds and variations of them (low gravity hex-a-gone and Thin Ice), which were reflected in a new trailer.

Although Fall Guys: Ultimate Knockout can be played on PlayStation and PC consoles, the developer is already working on the Xbox One, Xbox Series X, Xbox Series S and PC versions. However, the launch will not take place in the summer, as planned. Mediatonic needs more time to carry out the adaptation, since after the integration in Epic Games they have realized that they had rushed when announcing the date. The creators of Fortnite acquired the studio together with its mother company, so it is already part of this company.