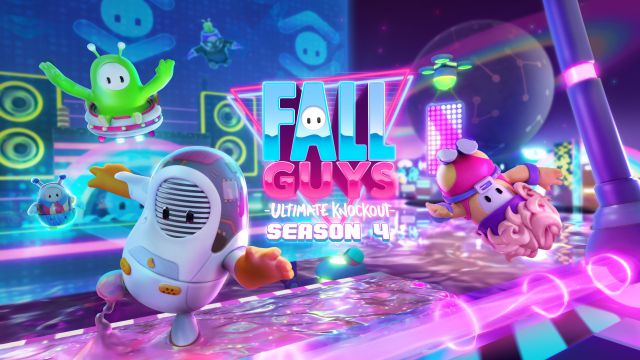 The theme of this new season will be the future, so the characters dress for the occasion, with the aim of not being eliminated.

Mediatonic has just shown the first teaser trailer for the fourth season of Fall Guys: Ultimate Knockout, the hit video game in the style of Humor Yellow. The different participants will travel to a distant year, a future in which the friendly characters have not fallen victim to climate change. We are in the year 4,401, but we will not have to wait until that date to enjoy the new content. It will be from March 22 when the new tests make their way.

One of the novelties that we will see in this Season 4 will be the retro-futuristic costumes, although how many they will be has not yet been revealed. There has also been a glimpse of one of the new levels, Skyline Stumble, a location for up to 60 players full of very futuristic obstacles. There will be low gravity zones, force fields, and changing light panels. In total there will be seven new levels, which will be published throughout the season.

Giveaway for 4041 kudos and the unreleased Fancy Burger costume:
– Follow us
– Retweet
– Reply and finish this sentence:#FallGuysSeason4 is…

There will be 50 winners! pic.twitter.com/d3TRTX8GLW

The Epic Games Store continues to move the chess pieces and has acquired Tonic Games, the parent company of Mediatonic. In this way, the company ensures one of the great successes of recent months. The acquisition does not imply that the title disappears from Steam, although it remains to be seen if they will not opt ​​for a free-to-play model in the future, like Rocket League.

What is official is that Fall Guys: Ultimate Knockout, which is currently available on PC, PS4 and PS5, will also be released on other platforms. During the Nintendo Direct, the title had its moment, with a trailer confirming that it would be released in the summer for Nintendo Switch. Despite the misunderstanding about Xbox Game Pass (Microsoft had to rectify and announce that the game was not at its service), the Redmond consoles will not be left without Fall Guys. Xbox One, Xbox Series X and Xbox Series S will also receive the product in summer.

Blade: New Marvel Film Announces Director; See Who It Is!