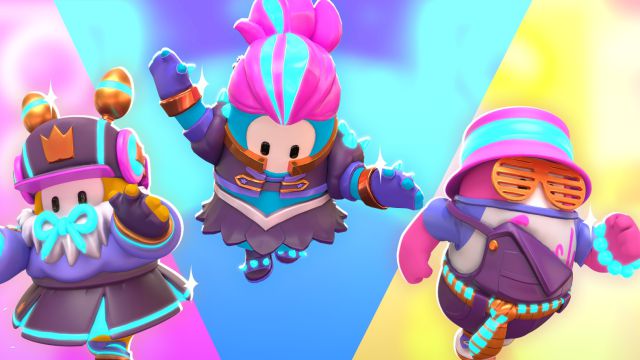 Mediatonic confirms what we can expect from the 7 tests that arrive with the contents of Fall Guys Season 4, now available on PS4 and PC.

Fall Guys receives all the contents of its Season 4, now available on PS4 and PC. The Mediatonic title celebrates its launch with a trailer that shows in motion the tests that await us in the coming weeks. You can see the video in the header of this news.

Season 4 incorporates a total of 7 unpublished tests in this kind of battle royale mixed with yellow humor. The company has shared the official description, which highlights the presence of Skyline Tumble, a survival race for 60 players in which we will go through gravity fields, force fields and more.

Hoverboard Heroes: “Set sail into muddy seas as players dive and stumble over dangerous obstacles. Jump into chaos on the hoverboard to the finish line or face elimination. ”

Basketfall: “Collaborate with your teammates to shoot to the basket in low gravity. This is the future of Fall Guys, so get ready for an insane amount of basketballs… and triples. ”

Shor Circuit: “A new kind of round of racing where you launch yourself over the ground and propel yourself through lap after lap in a chaos full of gravity-defying obstacles.”

Power Trip: “Step onto the funk dance floor of the future and light up those mosaics in a recharged battle for disco dominance.”

Big Shots: “Have you ever wondered what it would be like to stand on a seesaw while inflatable stars, magnets, game controllers and miniature Saturn’s were being shot at you? Well now you will know. ”

Roll On: “It’s a roller… but on the run? In this classic round, 60 players race towards the finish line through a series of rotating panels. Don’t fall into the void.”