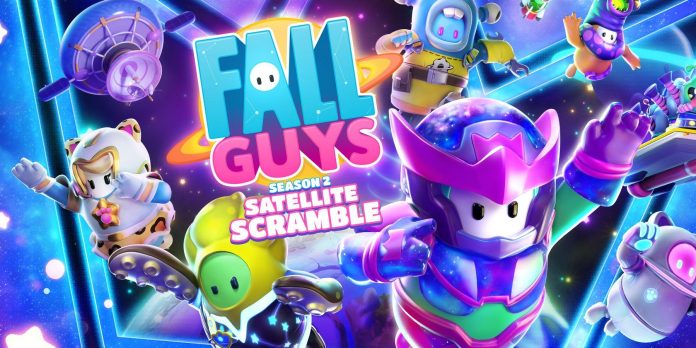 Mediatonic’s Fall Guys is now free to play, and after reaching 20 million players after it became more accessible, the game has now revealed what its next season will be about. The party game is one of the many live service games currently available that is thriving through the use of “seasons” to designate the next release of content relating to new cosmetics, milestones, challenges, and more. This means that players have a bunch of new content with their favorite beans that they are looking forward to.

The second season of Fall Guys is called “Satellite Fight” and is scheduled to begin on September 15. During the event, players can earn points to receive a season pass with free and premium rewards, just like last season. There are over 100 levels of goodies that players can earn on cosmetic patterns, colors and in-game currency Show-Bucks. There are also new costumes available to unlock in Pass that fit the theme pretty well, such as Spock from Star Trek, Xenomorph Aliens, and even Vocaloid Hatsune Miku.

In addition to the brand new Season Pass, Fall Guys fans will be provided with a brand new event similar to the Sonic’s Adventure joint event featuring Sonic the Hedgehog skins. In “Satellite Explorers”, players will need to complete unique levels created for season 2 to fix a broken satellite. During the game, fans will earn points to unlock rewards such as the nickname “Space Bob” and a special item for a satellite backpack.

At the end of the first season of Fall Guys, new levels dedicated to space will be added to the game, such as Tip Toe Finale, which involves four squads of players who see who will find their secret way to win the fastest. Another new level, Hyperdrive Heroes, shows that fans need to avoid obstacles to stay on the big hoverboard heading to the finish line. Other new rounds include Starchart, Pixel Painters, Cosmic Highway, Hex-a-terrestrial, Space Race and Frantic Factory.

If fans think Season 2 sounds exciting, then they’ll be glad to hear that they don’t have much time left to wait to experience it. According to the official Fall Guys blog maintained by Mediatonic, the update will also contain bug fixes, improvements and other new features.

One of these improvements may be that unlike the first season, where the season pass was one way with premium unlocks, there may be separate season passes starting from season 2, which was the criticism that sounded when Fall Guys initially became free. The official blog also teases with surprises that will become known only after the full launch of Satellite Scramble. It looks like fans will have to follow the news that will appear soon.