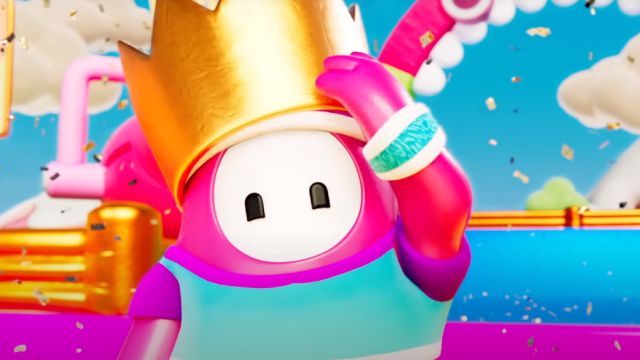 The Mediatonic title has laid out plans for the future and will seek to reach more platforms as well as offer cross-play.

Fall Guys: Ultimate Knockout, the game that emulates Yellow Humor, was the success of last summer, and although the initial furor has subsided, Mediatonic has outlined a content plan to continue attracting players. The next step on your roadmap is the release of the mid-season patch, update 3.5, which will add exciting new features starting today, February 2. The winter season is not over (even though Filomena said goodbye a few weeks ago), but Fall Guys colors go beyond ice white.

The new update will include a completely new level, as well as 40 variations of the phases already present in the title. In addition, a new feature known as Fall Feed has been added, which shows on the screen the names of users who are eliminated in the tests. As for the new DLC pack, new shows and costumes are expected, not to mention the skins of Godzilla, Sonic and the Goose Game goose, which will be available in the official store.

What is to come

Fall Guys: Ultimate Knockout Season 3 introduced new levels, 30 new skins, and winter-related content. And what will be next? At the moment, no more keys have been given regarding the content, but what Mediatonic has in mind for the future of the video game has been mentioned. To begin with, the developers are studying the possibility of publishing it on other platforms, as they want to reach more players.

On the other hand, a functionality that is not yet active and that has been highly demanded by the community is also in the spotlight. We are referring, of course, to cross-play, a feature that is being integrated into the main multiplayer titles.

Fall Guys: Ultimate Knockout is available on PC and PlayStation 4. In its first days of life, the title broke some records. In addition to garnering excellent sales figures on Steam, it became the most downloaded title in the history of the PS Plus service.

Is Zoom really that insecure?