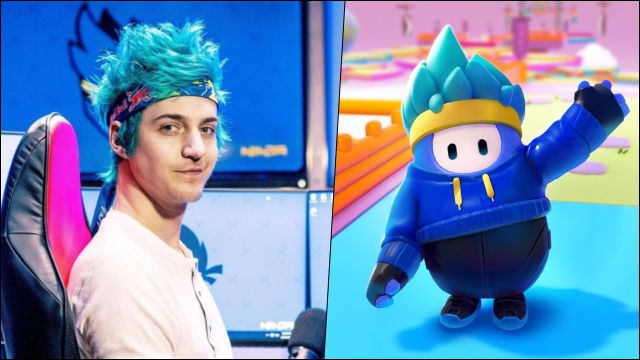 The well-known North American streamer is already part of the Mediatonic video game through aesthetic items that represent his characteristic hair.

Tyler “Ninja” Blevins already has his own skin in Fall Guys: Ultimate Knockout. The Mediatonic video game has integrated into its current Season 3 this cosmetic content based on the popular North American content creator, one of the most supported streamers in the world. After his departure from Twitch to join Mixer and the closure of the Microsoft platform, the native Illinois gamer returned to Twitch and now finds a second home.

The premiere of these contents is not accidental. Mediatonic held a charity auction last August, a fundraiser aimed at people with physical disabilities. With over a million dollars raised for Special Effect, both he and Aimlab, G2 Esports and MrBeast (youtuber) had their reward in the form of appearances on Fall Guys. Now, after several months of waiting, both the top and bottom cosmetics based on Fall Guys can now be purchased from the in-game store. The outfit is priced at 1 crown for each party; therefore the full Ninja costume is priced at 2 crowns.

Items related to the other agents initially involved in this summer’s charity auction will arrive in the future, but when they will arrive is unknown. In the tweet attached to this news we can see how this colorful and striking suit looks in-game, which is quite faithful to the protagonist.

Fall Guys: Ultimate Knockout is available on PC and PlayStation 4. At the moment, we do not know if in the future there will be a version for other platforms, such as Nintendo Switch and Xbox, even mobile devices. Everything will depend on the success of the game, which is currently not going through its best moment in audience. You can find out here the new tests, costumes and the rest of the news added on the occasion of Season 3.