Home Tech Fall Guys is coming to Xbox One and Xbox Series X /... 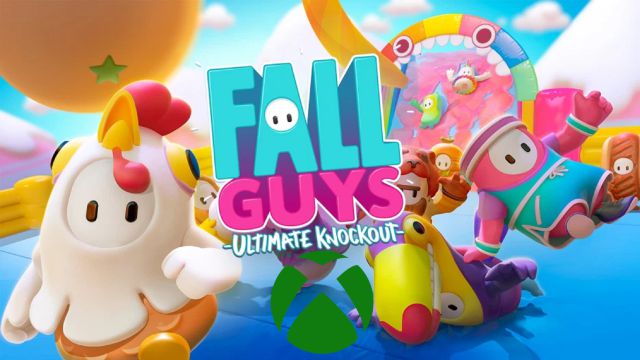 After its announcement on Nintendo Switch, Mediatonic confirms that the title will be available on Microsoft machines.

In Mediatonic they already warned: their plan was to launch Fall Guys: Ultimate Knockout on more platforms. The battle royale, which premiered on PS4 and Steam, was confirmed for Nintendo Switch in the most recent Nintendo Direct. Now, the developer has revealed that the game will also be released on Microsoft consoles. His date? Sometime in the summer of 2021.

“Great news, I am very happy to share that Fall Guys: Ultimate Knockout is officially coming to Xbox Series X / S and Xbox One this summer,” writes Joe Walsh, Mediatonic designer, on Xbox Wire, the platform’s official blog. “Our team is looking forward to welcoming Xbox gamers.” It is a game in which the different participants compete in different events with the aim of not being eliminated.

😶 Yes! Beans on Xbox!@FallGuysGame on Xbox!!!

They prepare more news for the future

The title is not free-to-play, but it works under a seasonal model, through which new features are added periodically. How could it be otherwise, the latest content has a lot to do with winter. Also, the mid-season patch has already been released. According to Walsh, the Mediatonic team is “working hard” to come up with the blueprints for what is to come.

“I think Xbox gamers will join the Fall Guys antics at a particularly exciting time.” He did not want to go into detail about the novelties, but they anticipate that there will be a “delicious selection of elegant suits, imaginative rounds, new features and improvements”.

Fall Guys: Ultimate Knockout will be released on these consoles, but will not be available on Xbox Game Pass. Weeks ago there was talk of that possibility, but Mediatonic ended up denying it. The confusion occurred because the service’s account on Instagram claimed so, although it had to retract shortly after. Anyway, let’s never say never.