Home Entertainment Fall Guys: How to play the “Count Fruits” round 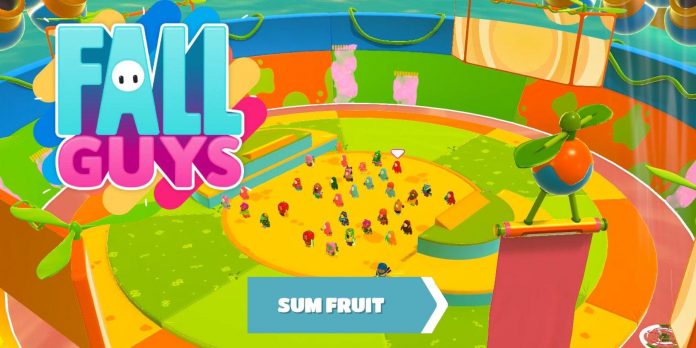 There are many mini-games in Fall Guys that players must learn and adapt quickly to move on to the next stage. Some of them are simple and require players to simply run through an obstacle course, while others require much more concentration. Fall Guys was added to the list of mini-games with the latest update of the game; some of them turned out to be quite difficult.

One of these challenging mini-games is known as Sum Fruit, and it requires players to climb up and memorize the fruits that have been thrown into the arena. This level combines Fall Guy mechanics with the player’s ability to memorize quickly; and for those who want to learn more about it, this guide is here to help.

How to play the first phase of Sum Fruit

This level usually appears relatively early in the Fall Guys mini-game series, and the guidelines portray it as a relatively simple perspective.

Players start the level on the first floor of an arena with two platforms at each end. Different types of fruits will start falling around a group of players, and these players must head to one of the platforms and climb to the top level in this first phase.

Once at the top, players must look around and remember how many copies of each type of fruit there are in the arena.

Unfortunately, there is no way to know which fruit will be relevant, so players need to remember most of the fruits that have fallen out.

A series of empty squares will appear between the platforms, on which players will need to jump while the slime fills the arena, which makes this arena interesting in the world of Fall Guys.

How to play the second phase of Sum Fruit

This slime will rise until it covers all the fruits, and on the screens in each main direction above the arena, players will be asked which fruits had a certain number of examples.

For example, there will be a number 3 and a space on the screens, so they ask which fruits there were three in this round. The empty tiles will then be lit up with potential options, and players must quickly jump to the correct answer before the others disappear.

To increase the player’s chances of success in this game, he must be quick in his reactions and confident in his choice.

In each round, a wider variety of fruits will fall, which makes the game a little more difficult, so it is in the player’s interest to immediately climb higher. To avoid elimination in this Fall Guys game, players must at least memorize a couple of fruits and their number while there. If nothing helps, go to the most popular option when fruit options appear.