Home Entertainment Fall Guys: How to get Sonic Skins 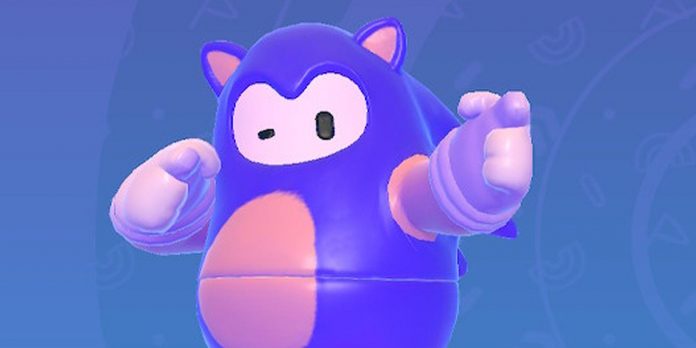 Mediatonic’s Fall Guys has recently become free, and as a result, a lot of new players have jumped into the fun chaos filled with beans. Just as the game has become much more accessible, the leak revealed that Mediatonic was planning to collaborate with Sonic the Hedgehog for the third time for an all-out Sonic-themed event with a separate map. Now this event is currently being held and fans can get five special skins.

Back in 2020, Fall Guys had a Sonic the Hedgehog skin, which was available for 20 crowns — 10 for the top and 10 for the bottom. This meant that players could redeem the skin by simply winning 20 rounds or paying real money to get the suit. Knuckles was also added to the game the following year for 22k Kudos. However, the old Sonic skins, along with the three new ones, can currently be obtained in a different way.

How to get Sonic Skins in Fall Guys

The new Sonic event adds Tails, Dr. Eggman and Super Sonic skins to make quite a large selection of options for fans. However, despite the fact that they were added as part of the Sonic Adventure event and are available until its end, they cannot be received at all as part of the event’s rewards. The only cosmetic item that players get for playing Bean Hill Zone is a Sonic shoe item.

For those who want to take home the new legendary skins, they will need to buy them in the store using Show-Bucks, the new premium currency of Fall Guys after switching to the free game.

While players can earn Show-Bucks for free through a season pass, the sheer number of Sonic skins available means players will have to pay a hefty penny of Show-Bucks to get all five. After adding up all the skins, players will need to pay 3,400 show bucks for all of them, using sets for Sonic and Knuckles, Tails and Eggman, including the emotion “You’re too slow”.

How to get Show Bucks

Show bucks can be obtained in two ways. Either by playing the game and working with a season ticket totaling 1,500 show bucks, or by buying them using microtransactions.

However, the Fall Guys Season Pass can be incredibly slow, especially for new players, so it’s probably not worth trying to earn Show-Bucks for free during the Sonic’s Adventure event. It’s much better to just buy Show-Bucks if the fans can afford it.

How many Show-Bucks fans you need depends on what skins players need and whether they are interested in sets. For those who want to own all five skins and an emotion, they may want to take a look at the 5,000 show bucks set, but for fans who want to own only their favorite Sonic character, they can easily get away with a skin for just $8. . Due to the fact that you have to pay for show bucks with real money from fans, they may think before making a purchase.

“Thor: Love and Thunder” presents the shortest film of the fourth...