Mediatonic’s video game continues to be a global trend in both sales and views. This is how things are going for the summer video game.

Fall Guys: Ultimate Knockout has become this summer’s video game. The Mediatonic title, which came timidly as the second free titles of the month of August on PS Plus, has swept within days after its launch on PS4 and PC with more than 8 million players on the Sony console and more than 2 million units sold on Steam. During the past week ending on August 16, it was, once again, the best-selling game and the most viewed on streaming portals.

The best seller on Steam, above Horizon: Zero Dawn

The arrival of Horizon: Zero Dawn on PC has not been an obstacle for Fall Guys on Steam in the past week. According to analyst Daniel Ahmad, the battle royale title so crazy that it is now the protagonist has been the title with the highest number of sales and the one with the most money in the period between August 9 and 16; furthermore, the Collectors Pack ranks fourth. 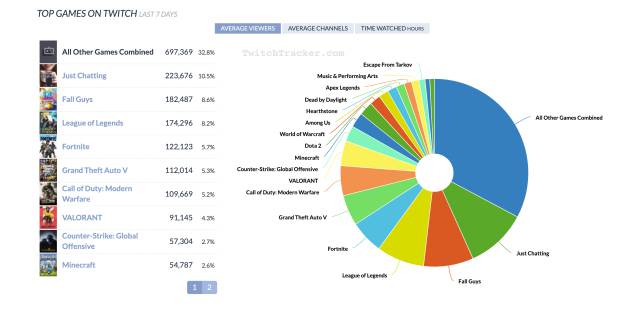 On Twitch, the main portal for live video game broadcasts today, it was also the most viewed game of the last seven days with an approximate figure (this portal tracks the Amazon portal, but has a small margin of error) of 182,487 users unique diaries; ahead of fireproofs like League of Legends, Fortnite, Call of Duty: Modern Warfare. or Grand Theft Auto V.

See Also
Fall Guys: When does it stop being free for PS Plus?

WhatsApp Announces New Features That Will Be Available Soon

Announced How He Lost All Ethereums In 100 Seconds

Mobile phones of the future may come with Wifi charging; understand