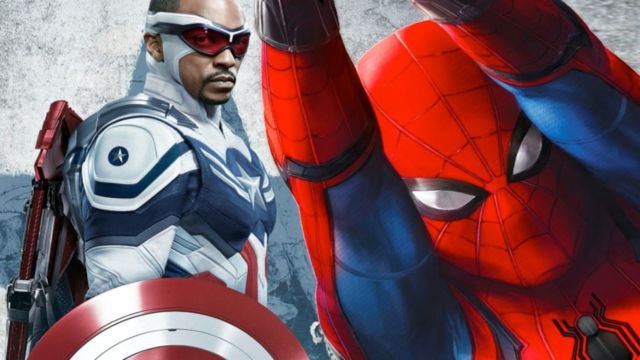 Falcon and the Winter Soldier: The head of the Marvel Studios series for Disney + wanted Spidey to make an appearance on the New York action scene.After the end of Falcon and the Winter Soldier, the last Marvel Studios series to premiere on Disney +, many are the news that have come as a result of its events, with Falcon as the new Captain America or the birth of the U.S. Agent, among others. Although one of the most surprising news about the production of the series now comes from the hand of its showrunner and main screenwriter, Malcom Spellman, who assures that he wanted to have the cameo of Spider-Man himself for the final episode set in New York .

Spider-Man with Falcon and Bucky?

And we all remember the spectacular outcome of the series in New York City with the fight against the Flag Smashers and in which even a disowned Walker is added along with Falcon and Bucky. But there are few who wondered ‘where is Spider-Man with all this chaos and super-soldier fights on the streets of New York?’ Apparently there were conversations in the team in charge of the series to have a cameo of Spidey in that scene.

“Of course!” Spellman says about whether they thought of Spider-Man for that scene. “Then Kevin Feige comes in and says ‘no, stop’. When you join these projects, in your mind you think that you will be able to use all the characters of the MCU but Marvel always asks’ does this person belong to your story? You can’t just come upstairs and put all the characters in your project because you like them. It has to happen organically, ”concludes the showrunner.

And it is that in the chronology of the UCM, the Falcon and the Winter Soldier series takes place shortly before Spider-Man: Far from home, with which Peter Parker was at that time developing his superhero activity in the streets of New York after the events of Avengers Endgame, which would have been totally lawful for him to appear to lend a hand to “his old friends” Falcon and Bucky. But it finally did not happen.

90-day Bride: Jenny Slatten and other stars who became glamorous after...

Netflix Stops Production of 4 Russian Originals, Including Series Adapted from...