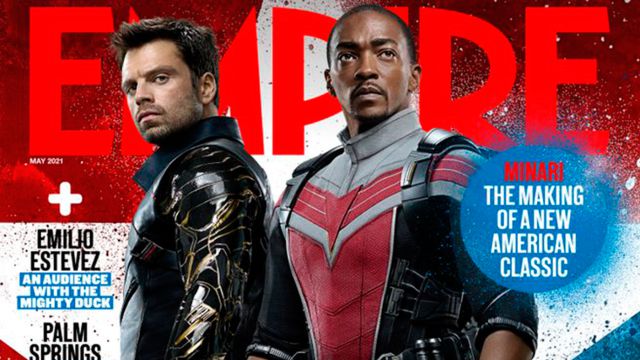 Marvel Studios and Disney + Share Final Trailer for New Series Starring Sam Wilson and Bucky Barnes as Part of the MCU; premiere on the 19th.

Falcon and the Winter Soldier premieres exclusively on Disney + next Friday, March 19, 2021; For this reason, those in charge have shared the final trailer of the new Marvel Studios series as part of the UCM, a new advance loaded with action and unpublished scenes in which more details of the plot and its characters are discovered. Along with the trailer, new images have been published as part of an exclusive report from the Empire medium and that you can see below.

The trailer opens with new extended scenes of Sam Wilson’s training with the Captain America shield; on the other hand, the trailer emphasizes the figure of John Walker / US Agent as a new symbol of inspiration for society. Although new threats such as Flash-Smashers will soon arrive, as well as old acquaintances such as Baron Zemo, played by the Barcelona actor with both Spanish and German nationality Daniel Brühl.

On the new images, we can see both Bucky Barnes and Sam Wilson in scenes related to Falcon’s training with Captain America’s shield, while in another image we see Helmut Zemo in front of flames. Recall that Anthony Mackie as Sam Wilson / Falcon and Sebastian Stan as Winter Soldier / Bucky Barnes star in a new series that follows the events of Avengers Endgame, when Cap offers his shield to Sam Wilson.

Recently, both the number of episodes and the duration of Falcon and the Winter Soldier were confirmed, a series that premieres this coming March 19 exclusively on Disney +. We leave you with their official synopsis: “Following the events of Avengers Endgame, Sam Wilson / Falcon and Bucky Barnes / Winter Soldier join in a global adventure that will test their skills and patience.”

The reason for Reed’s absence in “Thinking Like a Criminal” is...