Home Entertainment Falcon and the Winter Soldier in the Marvel Universe? 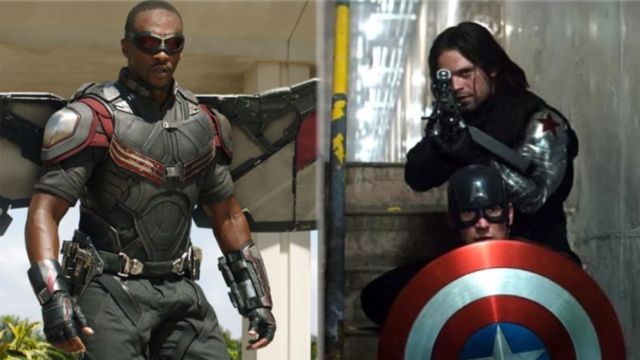 We tell you who are Sam Wilson and Bucky Barnes, better known as Falcon and Winter Soldier, to prepare for their new series on Disney +.

Starting this Friday, March 19, we will be able to enjoy the new Disney + series, Falcon and Winter Soldier, which will premiere after the successful Scarlet Witch and Vision to continue expanding the MCU more and more. Even so, as was the case with Wanda and her companion, it is very likely that some viewers do not remember exactly who these Captain America companions are. Therefore, in this article we will focus on dispelling your doubts and thus concisely explain who Sam Wilson and Bucky Barnes are, better known as Falcon and Winter Soldier.

Who is Falcon in the Marvel Universe?

We started with Falcon, also known as Samuel Thomas “Sam” Wilson or Falcon in Spanish. He is a character created by the legendary Stan Lee and the artist Gene Colan that we met for the first time in the volume Captain America # 117 published in September 1969. The power and main peculiarity of him revolves around the mechanical wings that he uses to fly. In addition, he has the ability to telepathically control birds, although this is a function that we have not yet seen extensively reflected in the films in which he has appeared. He is the first African-American character in Marvel and ends up obtaining a more than relevant role in the saga by becoming the new Captain America and leader of the Avengers after the retirement of Steve Rogers.

As for the films themselves, it has been actor Anthony Mackie who has played Falcon in Captain America and the Winter Soldier (2014), Avengers: Age of Ultron (2015), Ant-Man (2015), Captain America : Civil War (2016), Avengers: Infinity War (2018) and Endgame (2019), so with little that you have followed the cinematographic productions of the Marvel saga, you will surely have seen it appear on the screen.