Home Entertainment Falcon and the Winter Soldier: how many divisions it has 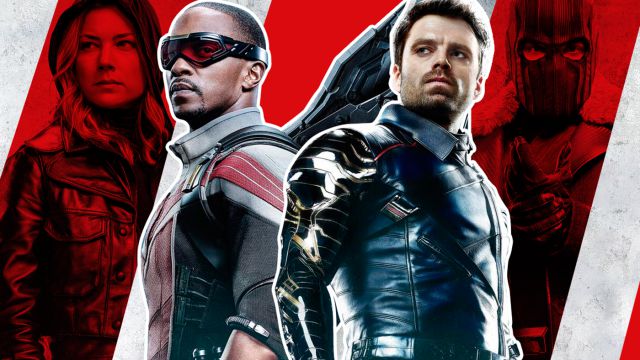 The new Marvel Studios series is already premiering on Disney + and we will tell you everything you need to know about this new MCU story.

Falcon and the Winter Soldier, the new Marvel Studios series as part of the UCM, premieres this Friday, March 19, 2021 exclusively for Disney +, Disney’s streaming platform that includes content from Marvel, Star Wars, Disney, Fox , National Geographic and much more. Thus, Marvel Studios premieres its second series based on the Marvel Cinematic Universe after the premiere earlier this year of Scarlet Witch and Vision and that will continue in June with Loki, the third series focused on the god of deception and Thor’s brother. But what can we expect from the new Falcon / Sam Wilson and Winter Soldier / Bucky Barnes-centric series?

Release date and time for Falcon and the Winter Soldier

Thus, the new series Falcon and the Winter Soldier will premiere tomorrow, Friday, March 19, 2021 on Disney + with a first episode that should be available on the streaming platform at around 10:00 a.m. and as it usually happens with the different series already released on Disney +.

All the chapters of Falcon and the Winter Soldier

In total, Falcon and the Winter Soldier will have six episodes running through Friday, April 23 with its sixth and final chapter, with a new episode each week starting tomorrow. The episodes of this new series will last between 45 and 55 minutes and will tell us about the new adventures of Falcon and Bucky, as stated in their official synopsis: “Following the events of Avengers Endgame, Sam Wilson / Falcon and Bucky Barnes / Winter Soldier join forces on a global adventure that will test their skills and patience. ” Here is the list of episodes and their release date: