Home Tech Falcon and the Winter Soldier: details of their heroes 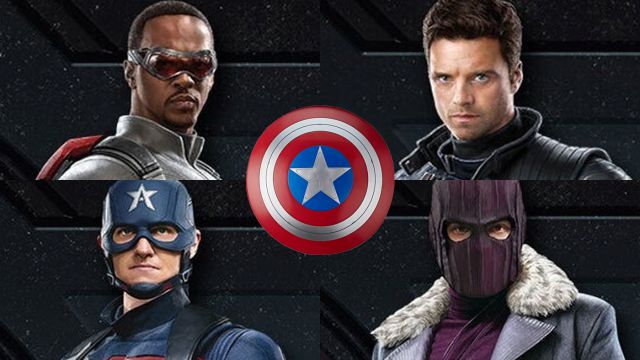 The Falcon and the Winter Soldier, the next Marvel Studios series for Disney + scheduled for next March after the end of Scarlet Witch and Vision (WandaVision), has been seen through new promotional arts. So much so, that the arts of the four main characters of the series have been leaked, that is, Falcon, Winter Soldier, John Walker and Baron Zemo, the latter two shown for the first time with such a level of detail, since on previous occasions we already had the opportunity to see the appearance of both Sam Wilson and Bucky Barnes.

Thus, and thanks to a leak of some Topps Digital collectible cards, we can see the final appearances of the four main characters; And as we say, we can already see in all their splendor both the new Captain America of John Walker (Wyatt Russell) and the evil Baron Zemo (Daniel Bruhl), with their new suits as they will appear in the series.

Special mention to Baron Zemo, who has adopted a look very close to that of the comics thanks to the purple balaclava, sweater and gloves along with the long gray coat. On his part, John Walker, who takes over from Captain America by the government, appears with a look that mixes well the characters of Cap and U.S. Agent. Both characters are expected to be the main villains that Falcon and the Winter Soldier will have to face.

Xiaomi Phones That Will Receive Android 12 This Week Have Been...