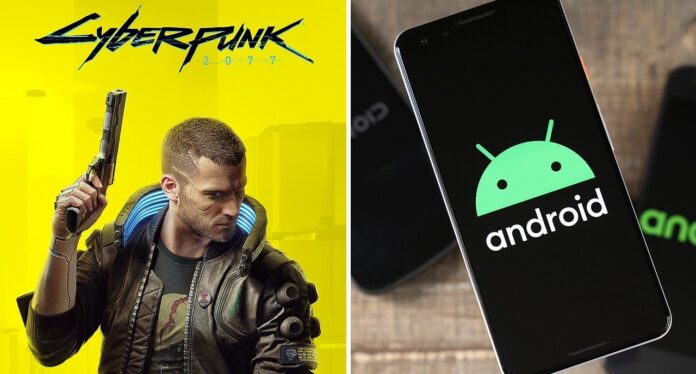 The long-awaited Cyberpunk 2077 has begun to be spoken around the world with its release. Thanks to such popular productions, opportunists and malicious people can deceive users very easily. Cyberpunk 2077 Android version, which appeared in the past days, turned into humor by many people due to its graphics. But the danger lies in the invisible part of the iceberg.

If there were a mobile version of Cyberpunk 2077, the company to launch it would be CD Projekt RED, which is also the game’s developer.

@ Sh1shk0va, who works as a malware analyst for Android at Kaspersky, has shown the users how great the danger is, with the post he shared on Twitter. Just as there is no mobile version of Cyberpunk 2077, the downloaded file is actually a malware called CoderWare, a variant of BlackKingdom ransomware.

On the screen that appears after the phone is encrypted, it mentions that the user files are locked and that the files will be accessible if payment is made. $ 500 is requested for the payment, and the time limit is 10 hours. As with many malware, money is requested in Bitcoin so that it cannot be traced. It is worth mentioning that paying will definitely not save your files.

Shishkova also notes that there is a way to decrypt the fake Cyberpunk 2077 on Android without paying ransom. CoderWare can have a hard-coded key developed by decoding software that allows files to be recovered. However, there is no guarantee for this key either.

The fake Cyberpunk 2077 can be downloaded from a different website that mimics the Google Play Store interface and traps users. Ransomware is not officially available on the Play Store.

The End of Game of Thrones reduced HBO views