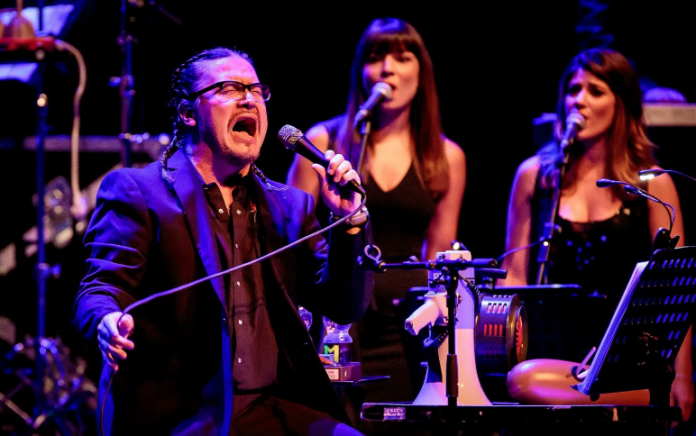 “They think the fucking show belongs to them, but it doesn’t, okay?”

Faith No More frontman Mike Patton attacked the pride of the singers, calling most of them “fucking idiots.”

In an interview with Bandcamp dedicated to his career, Patton talked about projects throughout his career, including Faith No More, Mr. Bungle and others, as well as how he fits into each group as a vocalist.

“I still consider it ‘I’m here to help,'” he said of his process. “I’m a component. I think it’s important, but let’s be honest: singers are fucking idiots. They think the fucking show belongs to them, but it doesn’t, okay?

“That’s one thing I’ve learned over the years: all you have to do is sit back and be part of a fucking band.”

Discussing his role in the hardcore band Dead Cross, Patton added: “I don’t impose ideas on them, because you know what? They have great ideas, and I don’t want to spoil them.”

“I have problems exacerbated by the pandemic that are challenging me right now. I don’t feel like I can give what I have to at the moment, and I’m not going to give less than 100 percent. I apologize to our fans and hope to fix it soon,” he said at the time.

“It’s still going on, but it’s getting better,” he told Rolling Stone magazine in a new interview, detailing the problems for the first time. “It’s easy to blame the pandemic for this. But I’ll be honest, man: at the beginning of the pandemic, I thought: “It’s fucking great.” I can stay at home and sign up.” I have a home studio. So I thought, ‘Yeah, what’s the big deal?’ and then something clicked and I became completely isolated and almost antisocial [and] afraid of people.”

Patton plans to tour South America with Mr. Bungle in December for the first time since the concerts were canceled in 2021.