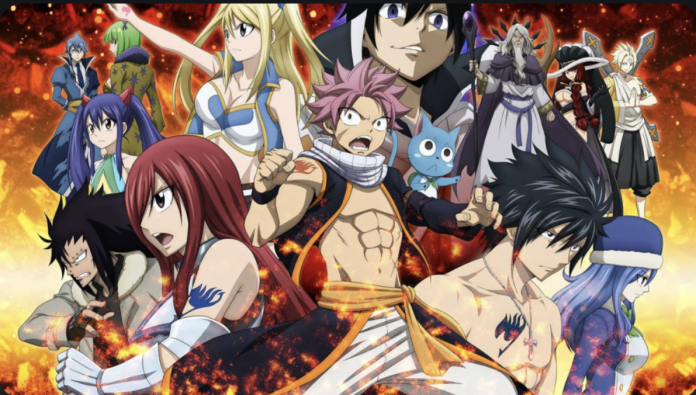 This weekend it was announced that the Fairy Tail: 100 Years Quest manga will have its own anime and fans began to celebrate

On Saturday, a special broadcast focused on Fairy Tail fans was held, which was hosted by the creator of the series, mangaka Hiro Mashima.

It was at the end of this that this mangaka announced that Fairy Tail: 100 Years Quest, the practical sequel to the adventures of Natsu Dragneel and company, will have its anime.

No further details were disclosed. But that didn’t stop many fans of the franchise from rejoicing.

The actor behind Natsu celebrated the announcement of Fairy Tail: 100 Years Quest

The first to do so was Todd Haberkorn, the voice actor who voices him in the anime to Natsu. On his Twitter account he commented “tell me now …” and shared a note confirming the news. He was not the only one to share his opinion.

@JERZEVIS highlighted ‘brother, who made you smile like that?’. Brother, Fairy Tail: 100 Years Quest is going to liven up! ‘ @ Zerand345 pointed out ‘Ion doesn’t give a damn if some Mashima fans get mad, I got what I expected for a minute. The Fairy Tail Anime returns, man. ‘

@FT_Samejima, for his part, declared ‘Fairy Tail: 100 Years Quest animated, let’s damn it!’. @satansoull preferred to highlight the ad in another way. What he commented is that Mashima did the Edens Zero manga first, and then the FT: 100 Years Quest manga.

That was followed by the anime of Edens Zero and now that of FT: 100 Years Quest. Also the mobile and console game Edens Zero, and then Gate of Nightmares. The latter from Square Enix. ‘And several other projects. Who is doing it like Mashima? Nobody ‘, highlighted @satansoull.

The new anime is a direct continuation of the previous one

@ziyadisnot let me see ‘Does Fairy Tail: 100 Years Quest get an anime adaptation? Let’s go!’. Another fan, @loc_kser, highlighted that this revelation “is the best thing that happened to me this month.” 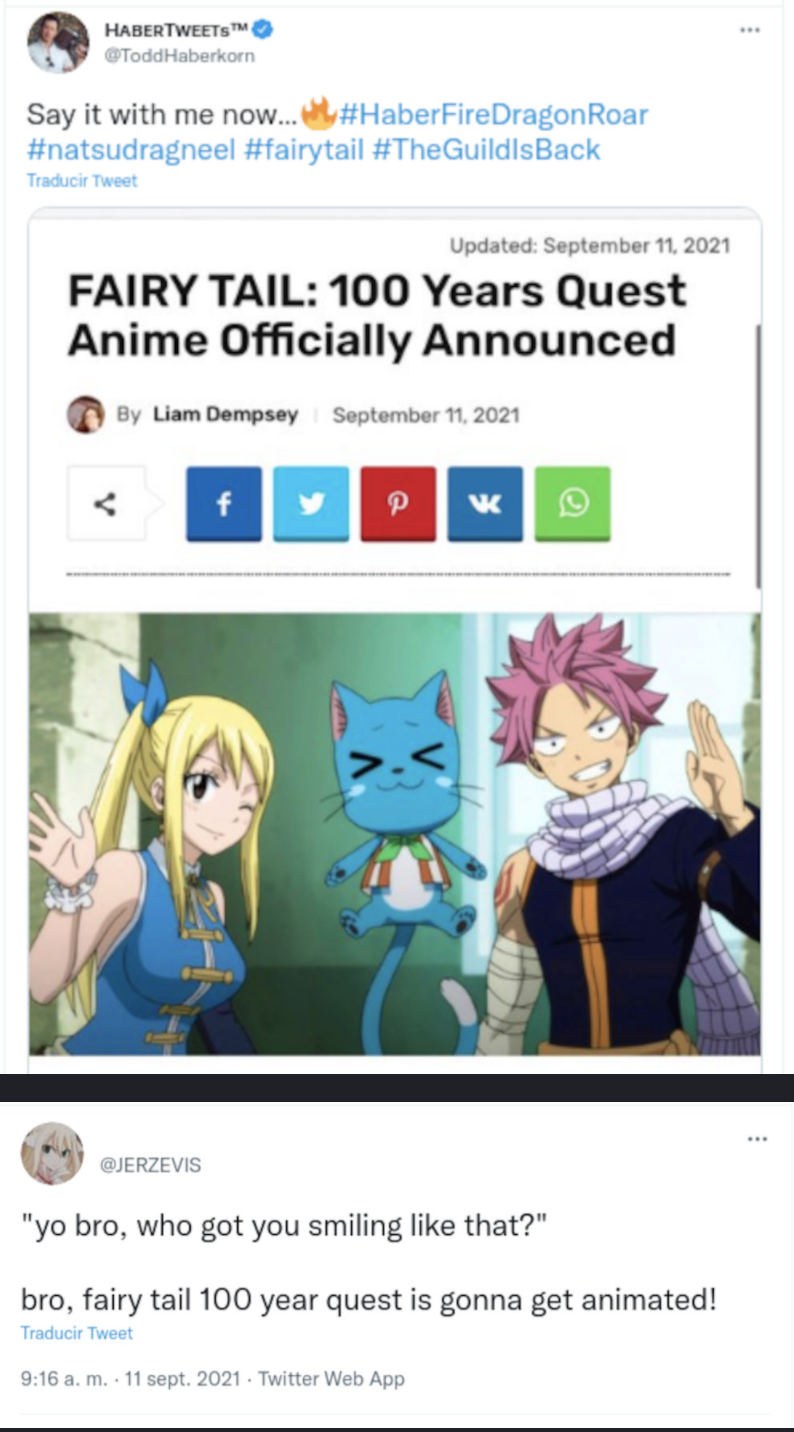