The frequent renewal of product chains in the world of technology and the fact that manufacturers are in a race to offer the most powerful devices, sometimes causes important issues such as e-waste, material resources and working conditions in production factories to be ignored. Fairphone, which defines itself as an “ethical producer”, introduced its newest phone, which it prepared in line with this approach. The company’s new phone is called Fairphone 3 Plus.

The smartphone stands close to its predecessor in terms of general features. Although the features of the Fairphone 3 and 3 Plus are almost the same, the 3 Plus has more advanced cameras. The phone has a 48 megapixel main camera and the front camera resolution goes up to 16 megapixels.

Fairphone 3 owners can also renew their phones with a 48-megapixel Camera + module and a 16-megapixel front camera. In line with its e-waste reduction goal, the company makes it possible to easily replace components such as batteries and screens and extend the life of the phone.

Although Fairphone does not give up its modular design concept, the Fairphone 3 Plus has not included the transparent back panel, which it preferred in its previous phones. With the help of a small screwdriver that comes out of the phone box, users can easily change the parts they want.

It can be said that the Fairphone 3 Plus is a device located in the middle segment in terms of its features. The 5.7 inch Full HD + resolution LCD screen has an aspect ratio of 18: 9. This screen is protected by Gorilla Glass 5 glass. The Qualcomm Snapdragon 632 processor is accompanied by 4 GB of RAM and 64 GB of internal storage. 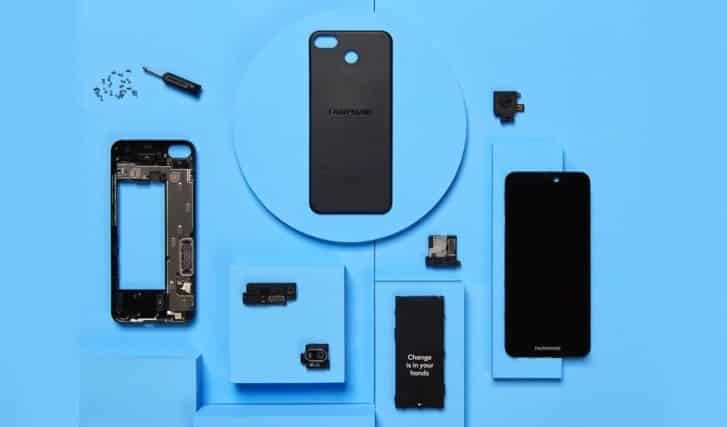 The phone, which comes out of the box with the Android 10 operating system, provides the energy it needs with a 3000 mAh battery. This battery also has Qualcomm QuickCharge fast charging support. Fingerprint scanner, headphone jack and NFC placed on the back panel are among the features of the phone.

Fairphone 3 Plus will be sold in Europe for 469 euros. The pre-ordered phone will meet its owners as of September 14.

How does a digital pregnancy test work?

The Most Realistic Concept Design Prepared For iPhone 12