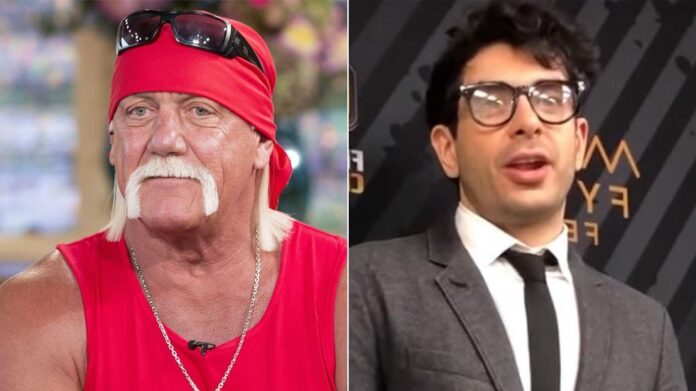 This week we reported on the ban that Tony Khan has imposed on the Hulk Hogan to access his All Elite Wrestling shows. After posting a message on Twitter about what happened in recent days, about the looting that is taking place in the cities by the ‘George Floyd’ case, Linda Hogan, ex-Hulk Hogan woman, received an unexpected response from the president of AEW .

“Watching the looting, they are all African-American. I’m not sure how the theft has made things clear, but if you want to be heard you need to be civilized,” wrote Linda Hogan. “Now you have teamed up with your husband to be banned from AEW shows. Congratulations,” replied Tony Khan. A few minutes later, Linda has decided to delete her message.

Dave Meltzer, a journalist for the Wrestling Observer, has spoken about this matter in the past few hours and has quoted statements that Tony Khan made some time ago regarding this matter. According to Khan, Hogan never gave a sincere apology for his racist words in the famous video that leaked online a few years ago.

“Because of what he said on the tape, long before George Floyd, I told people that I couldn’t work with the Hulk Hogan. How can I look my black friends, soccer players, or employees in the face, or myself in the mirror, after the things he said and has never adequately apologized for? “stated Tony Khan.

Hulk Hogan struggled for many years to wash his image after a tape in which he mentioned the ‘N’ word was made public. WWE broke with his image until he managed to win the famous case against Gawker Media.