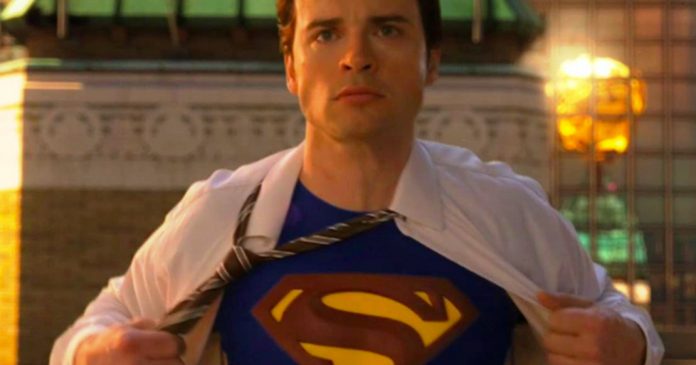 From the first to the eighth season of Smallville, Clark’s fashion sense remains the same. He still doesn’t own the tights, but mostly he wears a red jacket and a blue t-shirt or vice versa. These are the traditional colors of Superman.

When he begins saving people in Metropolis while wearing this outfit, he is known as the Red-Blue Blur. This is because Jimmy’s first photograph of him shows a man speeding past the colors red and blue.

Was the suit ever worn in full?

Fans of the show may not know that Tom Welling never wore the suit in its entirety. In the final moments, views can see Clark flying in the suit, but the scene is computer-generated.

There is a discrepancy in Clark Kent’s capes in the Smallville series. The cape seen in the series is bright red. It is also made of cotton-like material.

However, when the spirit of Jonathan Kent hands the suit to Clark Kent, the cape is deep red and appears to be made of leather. According to the show’s story, the cape is not altered at any time.

Therefore, it can be assumed that this is a continuity and production error that occurred at that time in Smallville, thanks to the introduction of the Superman Returns costume.

See Also
The chances of the CW series getting new chapters

Although there were several disagreements about the use of the iconic Superman (Tom Wellin) costume in Smallville, the creators were able to control the audience without showing the costume directly.

Why Mayim Bialik’s sitcom is not what we expect