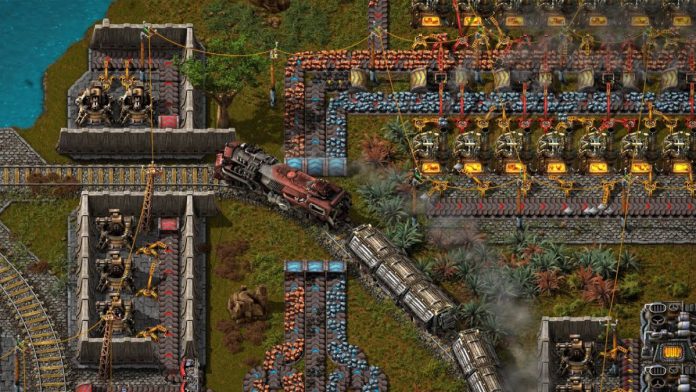 The responsible study, Wube Software, also announces an expansion as a plan for the future, although it warns that it will still take a while to arrive.

The creators and fans of Factorio are in luck. This strategy game, one of the best of last year, has reached the not inconsiderable figure of 2.5 million copies sold almost at the same time that Wube Software updated it to version 1.1, thus completing what they define as “vanilla version ”. Or what is the same: it will continue to grow and they have taken the opportunity to report how.

The keys: Alien planet, bugs and infinite forms of industrialization

In case you are not familiar with this title, announced as a crowdfunding project in 2013, available since 2016 as early access on Steam and finally formally launched during the summer of 2020, Factorio is a strategy and management game that leaves us in an alien planet inhabited by insects. From there, the objective of the player is to create a ship to escape, a long and complicated process because initially we only have access to materials such as wood, rocks and very rudimentary tools.

After the inevitable learning period, the player can create laboratories to develop technologies and begin to build increasingly complex structures, such as steam engines, elaborate systems for collecting and transporting resources, oil refineries, complex electrical installations, robots or turrets. automated systems and even nuclear reactors. Of course, the greater the productive capacity, the greater the degree of environmental pollution, something that has a clear effect on the size and danger of the local fauna, as well as on the necessary defense measures so that they do not disrupt all our work.

This balance between production and protection, as well as the huge number of possible variables creating and combining structures (there are not just one, or two, or ten ways to get closer to the final goal, each player works his way) have made Factorio a game of Deep and fascinating management, with a large community that has been involved in creating mods to offer even more possibilities. Although the original purpose of the plot was to escape, its interweaving of systems has given rise to a whole world of experimentation to create the most elaborate and efficient industries, thus making its “metagame” a virtually infinite one.

Seeing the success of the game, its creators have chosen to continue working on it instead of putting into production a hypothetical Factorio 2. As they have commented this week in the forum of their page, a sequel would involve making somewhat more radical changes in the type of proposal and technology, which would justify the new purchase, but would reduce the potential of the game they just finished – and that fans continue to enrich on a regular basis with their own contributions.

On the other hand, although they also considered making small and gradual additions, dosed over the months, they have concluded that the best option is to take the time necessary to develop an expansion that expands the title in a more substantial way. They have not yet shared concrete plans on what kind of news they plan to include and, although they are already working on this content expansion, they estimate that it will take at least a year to offer something valuable, that will rejuvenate the game upon arrival. So if you like management games and you are interested, you have to wait to see it, although it is hardly a problem considering the almost infinite possibilities of Factorio in its current state.

Oppo Reno Z and A73 5G get expected update