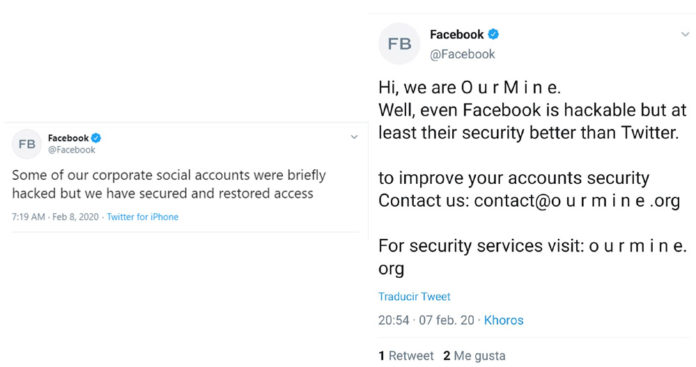 Twitter and Instagram accounts of Facebook, one of today’s most popular social media platforms, and messaging application Messenger, were hacked. The hacker group that seized the accounts claimed that their purpose was to show cyber security vulnerabilities.

The hacker group claimed that the purpose of their attack was to demonstrate cyber security vulnerabilities. In January, dozens of US National Football League (NFL) teams’ accounts were seized.

Commenting on this attack, Twitter said that the hacking attack occurred through the third party and the accounts were locked after the problem was detected. “As soon as we noticed the problem, we locked out the hijacked accounts and started working closely with our friends on Facebook to organize the accounts,” Twitter said.

The attack on the accounts of the National Football League teams with this attack on Facebook shows similarities. The accounts are accessed through Khoros, a third-party platform.

As can be understood, Khoros is a marketing platform where businesses can manage their social media accounts. These platforms have access to or manage their customers’ login details and passwords.

Our Dubai, a Dubai-based hacker group, also had attacks on companies and high-profile people in the past. The group had previously taken over accounts of Twitter founder Jack Dorsey, Google manager Sundar Pichai, as well as companies like Netflix and ESPN.

The hacker group, who claims that the purpose of their attacks is to show cyber security vulnerabilities, urges the victims of their account to use their own services to improve their security.