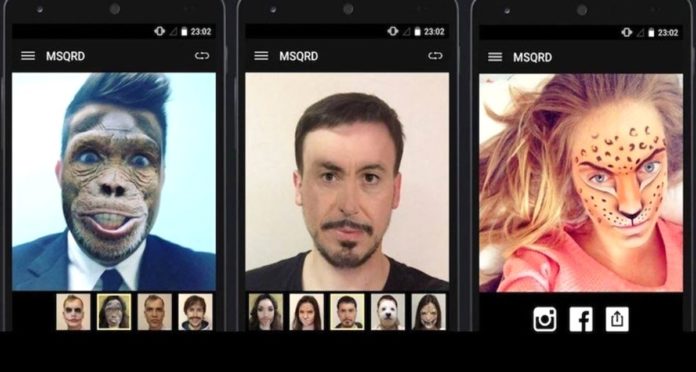 Facebook is closing MSQRD’s augmented reality-supported face filter application that it purchased in 2016, as of April 13. The app has had almost no improvement over the 4-year period, and Facebook has directed the MSQRD team to “Spark AR”.

MSQRD is a face filter application that offers augmented reality support. With the help of this tool, users could use dozens of filters and create unusual content for their social media accounts. In a statement made by Facebook, he announced that the filter application will not be available as of April 13. Thus, Facebook will have unplugged this application, which it received for an unexplained price years ago.

Mark Zuckerberg said that the project will be expanded when he buys MSQRD in 2016. However, MSQRD did not develop as much as desired during the process and only received a few important updates. Facebook started developing a project called “Spark AR” which was more advanced than MSQRD in the past 4 years. Moreover, the developers of Spark AR were the MSQRD team itself. As such, MSQRD faced decay.

In the comments made by Facebook, it was emphasized that users can now use Spark AR instead of MSQRD. Stating that Spark AR will offer the best augmented reality experience possible, the officials said that users can share the filters they create through Spark AR as they wish on Facebook.

This is how Karla Martínez has changed over the years

Meghan Markle ready to run for the Presidential elections?

Among Us !: InnerSloth is studying adding Guardian Angels

According to the Experiment, Coronavirus Can Withstand 60 Degrees

Trick to add a link to your Instagram stories