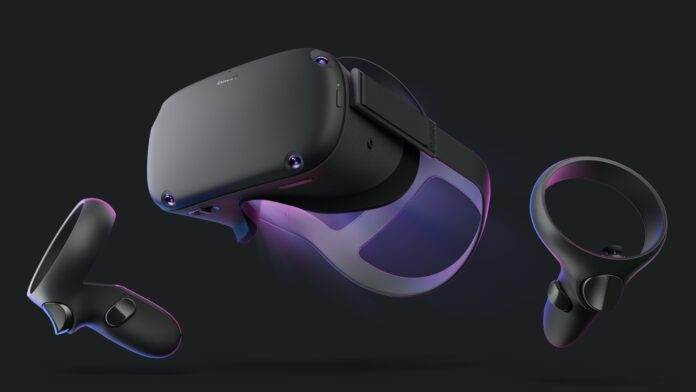 It turned out that the social media giant Facebook, which acquired the Oculus company in 2014, is working on the 2nd generation Quest VR virtual reality glasses. Bloomberg news, which is the source of the claims, also talks about the features of the new generation product.

Facebook, which acquired the virtual reality technology company Oculus in 2014, has been working on virtual reality glasses called Oculus Quest for a while. Now there is new news published by Bloomberg; says the company has developed the second generation of Oculus Quest, this product is smaller, lighter and has a higher refresh rate than the original.

Bloomberg says that while working on more than one virtual reality glasses that will be a continuation of Quest, production will be delayed a bit due to the coronavirus epidemic that is ongoing. The first Oculus Quest offered for sale with an ‘all-in-one VR’ concept with a starting price of $ 399; It succeeded in gaining the appreciation of the users with the ability to work without the need for computers, cables or additional equipment.

The second generation Oculus Quest will offer more advanced hardware features:
On the other hand, if we come to new products, according to Bloomberg, Facebook has not yet made a clear decision on the final design of new products that will be the successor of Oculus Quest. At this point, the most important point that the company takes into consideration is an increased comfortable design that allows long-term use, because the first generation Quest has been criticized that it is not comfortable for long-term use.

The Bloomberg news also mentions that screen refresh rates can go up to 90 Hz or even 120 Hz. Again, one of the biggest shortcomings of the original model was that it offered lower hardware features than its counterparts. With this move, the company may not want to make a mistake again in the first generation product.

Additionally, the company is said to be working on advanced control devices. At this point, new controllers are expected to be compatible with both the current model and the new model of Quest. It is also mentioned that changes may come to the general design of Quest, such as more elastic material for headbands in new products.

According to the Bloomberg report, the social media giant would introduce the second generation Quest at the end of this year with the Oculus Connect conference, but the plans of the company were postponed to 2021 due to the outbreak. Based on this, we can say that we need to wait a little longer to learn how to control the process and when to see the second generation Quest.