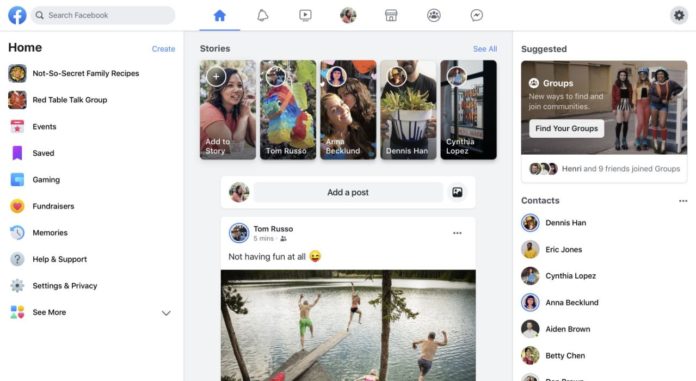 Social media giant Facebook has begun testing the new design it has been working on for a long time for the desktop version of the platform. It will take spring to reach all users.

Facebook announced last year that the platform has begun to work to make the desktop site more understandable, simple and simple. The news shows that the company has started the testing process.

Tested on a limited number of users
For now, the percentage of users who have access to this new design is small, and when they open Facebook on their desktop, they see a screen asking if they want to test the new design. If they accept, Facebook offers users a similar design to their mobile applications.

In the new design, the blue bar at the top is white and the logo is rounded. In addition, it is possible to say that the new Facebook design, which includes the dark mode option, is far more cluttered than the old one. Test users can return to the old design at any time, while the users can share the design errors and deficiencies with the Facebook team. The testing process is scheduled to be completed in the spring of 2020 and the new design will be available to all users.