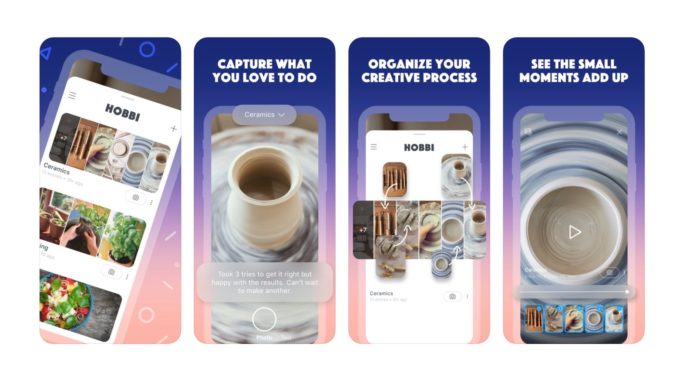 US social media giant Facebook has released a new application called “Hobbi”. The platform, which helps you find and store visuals to discover creative ideas, is very similar to Pinterest.

Having huge platforms with billions of users such as WhatsApp and Instagram, Facebook continues to take steps to further strengthen its dominant position in social media. The company, which has brought a huge blow to Snapchat with its ‘Stories’ feature, which it has brought to Instagram, or rather cloned, seems to have foreseen Pinterest this time.

Facebook released an application called ‘Hobbi’ designed by the New Product Experimentation team, which was launched last summer, for the silent iOS platform. According to the explanation section in the App Store, Hobbi is a photo sharing application where you can discover new ideas and design your own projects in many areas such as food, craft, fitness, home decoration.

Hobbi is very similar to Pinterest in terms of its features
The application, which is not yet available in our country, seems to be a clone of Pinterest in terms of its features. However, Hobbi is not thought to be able to compete with Pinterest. Three applications have been released from Facebook’s New Product Experimentation team so far: Whale, Bump and Aux. But none of them have achieved remarkable success. Therefore, Hobbi is likely to experience a similar fate with these three practices.

Originally released in the USA, Colombia, Belgium, Spain and Ukraine, Hobbi is reported to be compatible with iPhone, iPad and iPod touch devices running iOS 11.0 or higher. You are still certain how Facebook will save on the application. The company previously said that the applications developed by the NPE team are mostly experimental and can be closed if they are not useful.