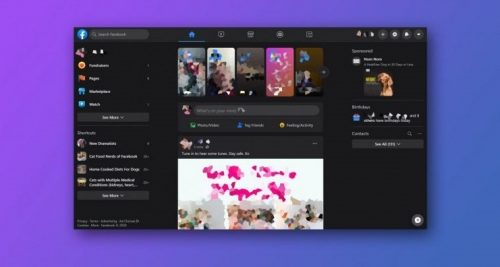 Facebook launched the dark mode feature for the new desktop version interface that it announced last year. In the comments made, it was stated that many Facebook users can use both the new Facebook interface and the dark mode in this interface.

In the statements made by Facebook officials, it has been announced that many Facebook users can experience the dark mode on their computers as of today. Users who want to use Facebook’s dark mode will click on the “Menu” button located on the right side of the screen, after switching to Facebook’s new design, and will activate the dark mode option here.

DJI Mavic Air 2 is disassembled by iFixit and shows relative...