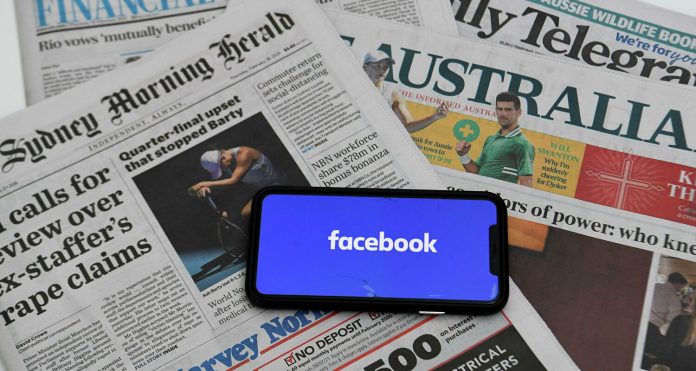 After Facebook blocked news content in Australia, the government gave in to pressure and they managed to reach an agreement.

Facebook will restore news pages in Australia after the government agreed to change a proposed law that requires tech companies to pay publishers for news content.

The new law would force Google and Facebook to pay Australian news publishers for stories on the terms of an agreement established by a third party, if they had not been able to negotiate payment agreements with the local publishers themselves.

Google agreed to follow the law after reaching an agreement with the largest publishers in the country. But as we have reported in La Verdad Noticias, Facebook protested and removed news content from its site in Australia last Thursday.

Australian government gave in to pressure from Faceboook

The Australian government gave in to pressure and agreed to change some of the terms within its new media code.

Campbell Brown, Facebook’s vice president of news, said in a statement: “After further discussion, we are pleased that the Australian government has accepted a number of changes and assurances that address our primary concerns about allowing trade deals that recognize the value it offers. our platform to publishers in relation to the value we receive from them. ”

The Australian government said it would add an amendment that “should take into account whether a digital platform has made a significant contribution to the sustainability of the Australian news industry by entering into trade agreements with news media companies.”

Arbitration with a third party will only be used as a “last resort” after a period of “good faith” mediation. It should be noted that both Google and Facebook are among the financial backers of NPR.

They clone the first black-footed ferret in the United States, will they save the species from extinction? Follow us on Instagram to stay informed.

Series may get reboot on HBO Max