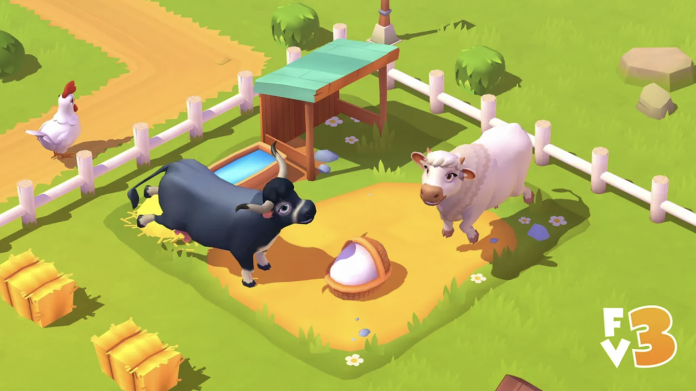 Zynga rolled up its sleeves for the continuation of the series, which was legendary on Facebook for a while. The first official trailer for FarmVille 3 has been released.

The popular farm game FarmVille was released in 2009 as part of the Facebook platform. The game, which has reached wide audiences almost all over the world, appeared in front of its fans five years later with its new version called FarmVille 2. It also received two expansion packs, Country Escape and Tropic Escape.

After a seven-year hiatus, the producer company Zynga rolled up its sleeves for FarmVille 3. This time, the team hopes to become a classic for mobile gamers. The first trailer from the anticipated production has finally been released.

FarmVille 3 trailer is out! How does the new game look?

According to the published video, players will experience a similar experience to the first version of the series published on Facebook. Some of the innovations of the game include; You will be able to host more than 150 cute animals on your farm, including horses, pigs and arctic foxes.

Zynga has not yet made a definitive statement on the FarmVille 3 release date. However, the production was delayed from the third quarter to the fourth quarter; Therefore, it is known that it will be published between October 1st and December 31st. Unless, of course, a delay is encountered again…

FarmVille, which has managed to appeal to more than 700 million users on Facebook, web and mobile platforms since 2009, will soon be on the agenda again with its new game with plenty of social features. So, what are your expectations about the game? You can share it with us in the comments section!