Facebook launched a new solution to try to gain space against TikTok: the company revealed Collab, a new app focused on music for making collaborative videos with the smartphone camera.

According to the company, Collab allows you to create short music videos joining up to three different sources. Thus, it is possible to make a clip using different musical instruments or with the participation of other artists. 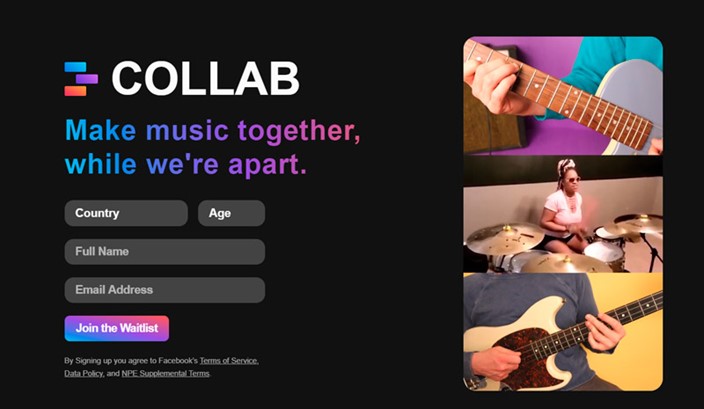 Currently, the app is in beta on iOS and can only be used through invitations. However, Facebook has already confirmed that it intends to launch a more comprehensive version of the platform in the future, aiming to ensure more forms of entertainment during the coronavirus pandemic.

How does Collab work?

Collab’s posts are made in a vertical feed that follows the TikTok style and include a “special move” to publicize the main functionality of the app. To be able to post a video, the user needs to choose parts of posts already available in the application and create a new video using the montage tool.

It is not yet clear whether the video remix will be a fixed feature of the app or just a way to educate users about the tool. Facebook also stressed that all productions will always be credited and users cannot create posts without adding original content.

In addition to publishing the videos in its own feed, Facebook promises that it will be possible to send the posts produced on Collab to other social networks, such as Instagram and TikTok itself. The Verge points out, however, that the option is not yet available in the app.

Facebook has already started distributing Collab to famous content creators in the United States and the trend is that more news will start to emerge in the coming months. On the other hand, as the tool is developed by the division of experimental apps of the social network, there is no estimate for the global launch of the new competitor of TikTok.