The 2Africa cable system, supported by many global companies including Facebook, will be put into service in 2023. With this submarine cable system, 3 billion people will be connected to each other via the Internet. The project connects 33 countries in Africa, the Middle East and Europe, making it the largest of its kind.

The consortium of technology companies conducting the study made an announcement. Thus, an extension was added to the submarine cable system, which is expected to be the longest of its kind, with a length of 45 thousand kilometers.

Facebook first announced the 2Africa cable, which will connect Europe and Africa, in 2020. The cable, which will be active in 2023, now includes Middle East and India extensions. In addition, Google, along with Facebook, is supporting a submarine cable project in the Asia-Pacific region last month, which will begin service in 2024. 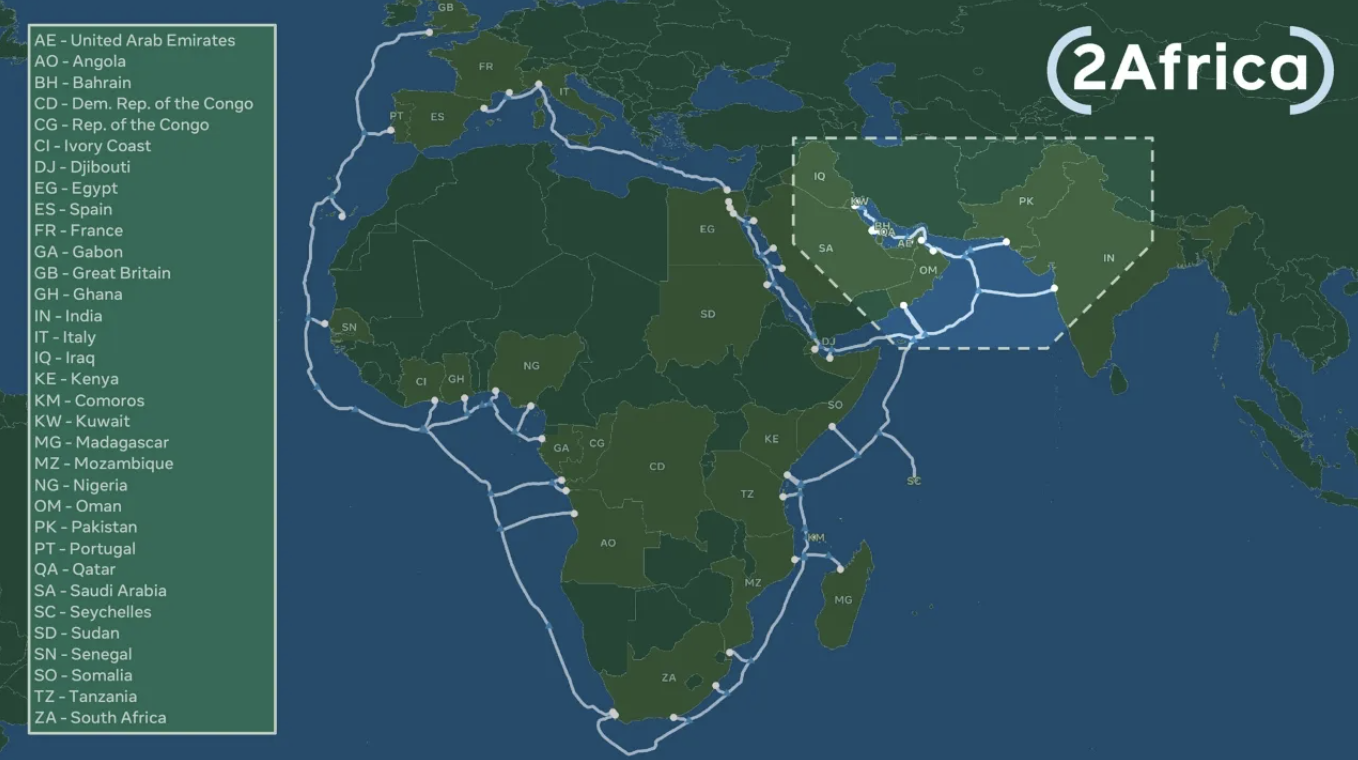 The marked area is the scope of the 2Africa project.

Submarine Internet cable projects are aimed at providing fast and more reliable internet to many parts of the world that do not have Internet service. Many companies such as Facebook and Google are part of these formations. Kevin Salvadori, Facebook’s vice president of network infrastructure, stated in his blog post that the 2Africa cable network, including operators Vodafone and Orange, will serve 3 billion people (about 36 percent of the world’s population).

The 2Africa cable system covered the area between the Suez Canal and the Mediterranean Sea. However, with the 2Africa Pearls extension, this area has expanded. Thus, Oman, UAE, Qatar, Bahrain, Kuwait, Iraq, Pakistan, India and Saudi Arabia were also involved in the project.

However, at the heart of the project is the African continent, where only a quarter of people have access to the Internet. According to Facebook, 2Africa will provide three times the current network capacity of all undersea cables currently serving the continent.

Websites that will make your life easier!