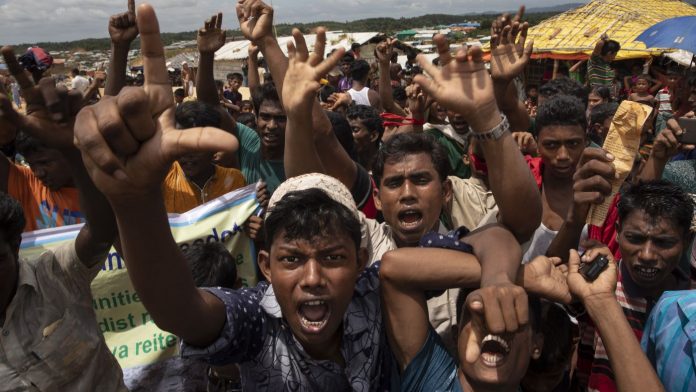 Facebook removed the army accounts and those related to them to prevent violent clashes in Myanmar after the coup.

“Events since the February 1 coup, including deadly violence, have precipitated the need for this ban. We believe that the risks of allowing the Tatmadaw on Facebook and Instagram are too great, ”the statement said, referring to the official name of the Myanmar armed forces.

Military-controlled state and media companies will also be blocked from the two social media platforms, while commercial companies linked to the military will not be able to post ads.

The ban does not affect government ministries and agencies that provide essential public services, such as the health ministry and the education ministry, the social media giant said.

Myanmar Army carried out a coup

As we have reported in La Verdad Noticias, the Myanmar military seized power on February 1, after arresting members of the democratically elected government, including Nobel laureate Aung San Suu Kyi. The army claimed there was electoral fraud in last year’s elections and declared a state of emergency for one year.

Thousands of people have protested the coup and, at times, clashes with the authorities have turned violent. Reports say that at least three protesters and a policeman have been killed so far.

Facebook said that in recent years it has removed content from military pages and accounts for violating its community standards and to prevent Tatmadaw from abusing the platform.

It will now suspend army accounts “indefinitely”, the company said, citing reasons such as the military’s record of “exceptionally serious human rights abuses and the clear risk of future military-initiated violence in Myanmar.”

He added that the military has been trying to rebuild networks that involve misrepresentations and upload content that was previously removed for violating Facebook’s policies against violence, incitement and harm coordination.

“The hit greatly increases the danger posed by the behaviors mentioned above and the likelihood that online threats can cause harm offline,” Facebook said.

A report commissioned by Facebook in 2018 found that the social media giant had failed to prevent the platform from “being used to foment division and incite violence offline.”

“We agree that we can and must do more,” Facebook said at the time.

In 2018, the tech giant banned people and organizations linked to the military, including board leader Min Aung Hlaing, the general who organized the recent coup.

Master of None: will have season 3 after a 4-year break