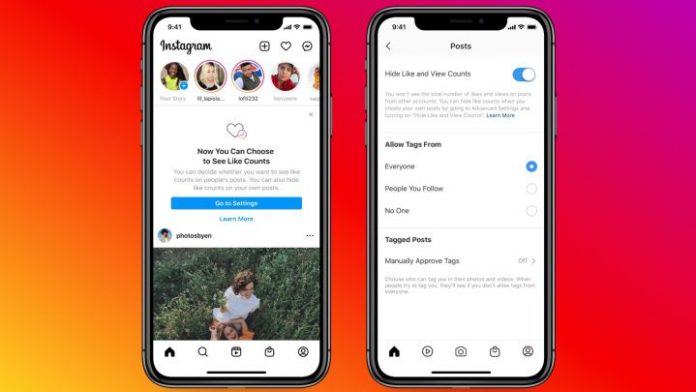 Facebook: The likes, that number that comes under a publication in which you can see if a post is successful or not. Rather, if your followers find it interesting in some way, since many measure the reach of their publication through this statistic. However, for others it is such an important number that they use it to compete or measure themselves with another person. For those cases, Facebook and Instagram let you hide the likes of a publication.

Before it was imposed by the firm itself

It is possible that you have noticed one thing and if it is the case yes, Instagram no longer has a likes counter. The measure was taken months apart, since in the case of Facebook this counter was also eliminated. The reason was as clear as the one we proposed before, and that is that more than one user read the likes of a follower’s publication and he had to overcome it at all costs or wondered why he was not so popular if he had done the same. same.

Now, the Menlo Park offices are backtracking on this feature. Rather, they give the responsibility to the users so that they are the ones who activate or not this function.

Yes, you can put the Likes counter on Instagram

It is a fact that the Menlo Park company has been very concerned about the health of the very young. They are a large majority in the photography application, but it is a fact that in the main app, which is Facebook, it still has its audience. But the applications will receive a feature very soon to show or not the number of likes in the publications. But this comes from within the firm itself after Adam Mosseri showed them on his Twitter account. Here he has said verbatim that from today you can see whether or not to show the likes in your publications.

Everything indicates that this feature can be managed from the post settings, so it will be a matter of time before you see this feature between the options of your Instagram and Facebook accounts. Now the ball is in the users’ court, who will decide what to do with each of their accounts on the platforms: if everything continues as before or if you see the numbers in the publications again.

Resident Evil Village: game will have showcase in April

Naughty Dog Members Talk About Their Favorite Games of 2021