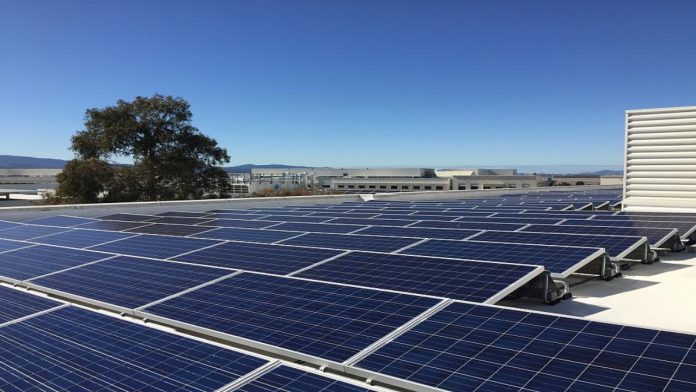 The company set these goals in 2018 and is now one of the largest corporate purchasers of renewable energy. Facebook meets the electricity needs of offices and data centers with 63 renewable projects.

“Suppose we are going to build a data center, we know roughly how much energy it takes to run, so we will work with an energy supplier very early in the process to give them an idea of ​​the market. “That way, we can commit to this upfront and they can finance the infrastructure, whether it’s solar panels or wind turbines.”

The company used efficient LED lighting in its head offices in London, which reduces carbon emissions by more than 41 tons per year. That’s the same amount used by ten homes for a year. Then, in 2019, Facebook London head office removed disposable plastic water bottles from their kitchens. Since then, more than 1.4 million water bottles have been saved and over 200,000 kg of plastic waste have been saved.

On the other hand, Facebook encourages people to learn about the climate crisis and take action ahead of Earth Day, April 22. In partnership with Yale University, they conducted a survey of more than 30 countries and regions to find out how much people care about the world. The results showed that more than three-quarters of people believe that climate change is happening, but fewer people understand that it is mostly caused by human activities. 7 out of 10 people supported the Paris Climate Agreement. Most people think they need more information about climate change.