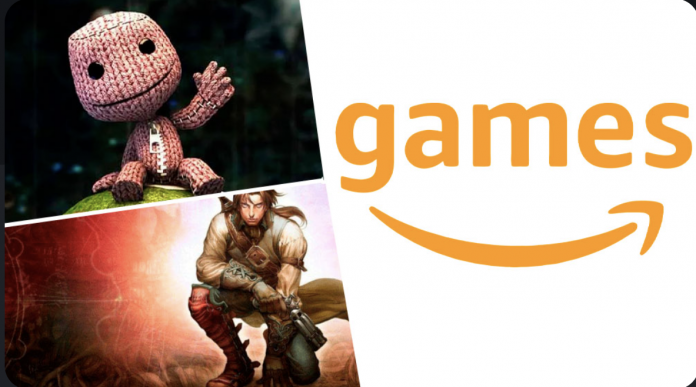 Do big things await us?
Amazon Games Studios revealed that it will expand its third-party game publishing efforts by signing a partnership with English studio Glowmade. This multi-year-old organization has veterans who worked on games like Fable, LittleBigPlanet, and Tearaway.

Now, Glowmade is developing an original game which will be published by Amazon Game Studios and joins the portfolio of proposals of this new company that is entering the video game business little by little.

‘Amazon Games is dedicated to finding and publishing best-in-class games, whether they come from AAA studios or passionate independent studios like Glowmade, a team of seasoned developers with the right creativity and expertise to create games that gamers play. they’ll love them, ‘said Cristoph Hartmann, VP of Amazon Games.

To give you a better idea, Glowmade was founded in 2015 and is located in Guildford, England. This 25-person team is a group of seasoned developers with experience in games like Fable, LittleBigPlanet, Battlefield, and Horizon Zero Dawn. Now this studio is developing a cooperative online experience for Amazon Games.

Glowmade talks about their partnership with Amazon Games Studios

“The Glowmade team has been hard at work on an exciting new IP, and Amazon Games have been an excellent team,” said Jhonny Hopper, the British studio’s boss.

‘The Amazon Games team’s commitment to helping us deliver results on our creative vision has been incredible. We can’t wait to show the world what we have planned. ‘

Let’s not lose sight of the fact that Amazon Games Studios is taking steps in what seems to be a direction that suits them since the MMO New World has a good number of users and Lost Ark aims to be a good option.

The Glowmade game that will have an online section could be that third option that finishes establishing this new game publisher. It is still too early to know this new proposal, however, the development experience behind this young study may bring very positive results.