Home Sport Fabio Carvalho has rejected the call of the Portuguese national under–21 team... 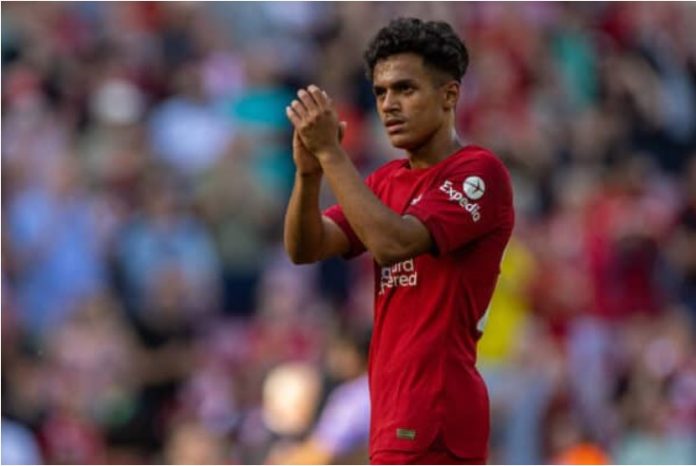 The Portuguese Football Federation has announced that Liverpool midfielder Fabio Carvalho has informed them of his decision to “refuse” to represent the country where he was born at under-21 level.

Carvalho has been called up for Portugal’s upcoming under-21 international matches with the Czech Republic and Japan.

However, in a statement released on Monday evening, it turned out that Carvalho had informed the federation that he did not want to continue representing Portugal at this level.

“Fabio Carvalho informed the Portuguese Football Federation via several SMS messages that he does not intend to continue representing Portugal at the under-21 level,” the statement said.

“This decision of the player was reported after it became known about the call for the preparatory games with the Czech Republic and Japan.”

Carvalho is still eligible to play for England and represented the Three Lions up to under-18 level before moving to Portugal in March this year.

Since then, he has played four matches for the Portugal national under-21 team, in which he scored two goals and made two assists.

It was also reported last month that Carvalho was selected for Fernando Santos’ Portugal preliminary squad for the World Cup, but he did not make the final 26.

The tug-of-war is likely to continue until he makes a commitment at adult level, but it could be a sign that he has now made up his mind to play for England.

If so, it will be interesting to see if he will be selected to play for the Three Lions under-21 team in the near future. the last 12 months.

Carvalho has made 16 appearances for Liverpool since joining the club from Fulham in the summer. He spent most of his football on the left flank of the Reds’ attack, and his standout moment was the dramatic winning goal in added time, which he scored against Newcastle in August.

Valverde: “It is impossible not to depend on Messi”