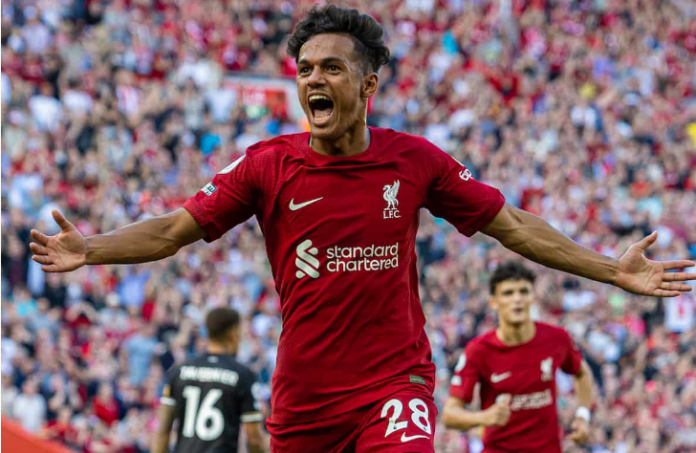 As it became known, Fabio Carvalho is one of two Premier League players in the final shortlist of 20 people for the Golden Boy award.

The Golden Boy Award is presented to an outstanding player under the age of 21 during a calendar year from the top leagues of Europe, and is voted for by journalists across the continent.

The only Liverpool player to receive the prize was Raheem Sterling in 2014, although Mario Balotelli was also named the “Golden Boy” at Inter Milan in 2010.

This year’s award is unlikely to go to Anfield, as Jude Bellingham is in the lead, but Carvalho ranks among the last 20 shortlisted candidates.

Carvalho, who scored seven goals and provided seven assists in 25 games in the first half of 2022 for Fulham, was joined by Leeds striker Wilfried Gnonto, who previously played for Zurich, as the only representatives of the Premier League.

Also nominated, along with Bellingham, are Jamal Musiala, Karim Adeyemi, Ryan Gravenberch and Benjamin Cesco, who were all in Liverpool’s sights.

Pedri is back on the shortlist along with Barcelona teammates Gavi, Ansu Fati and Niko, and Real Madrid midfielder Eduardo Kamavinga can compete for the award with Bellingham.

Harvey Elliott was previously nominated for Golden Boy, but was later excluded from the list of candidates when the shortlist was reduced from 60 people.

Nominees for the Golden Boy of 2022