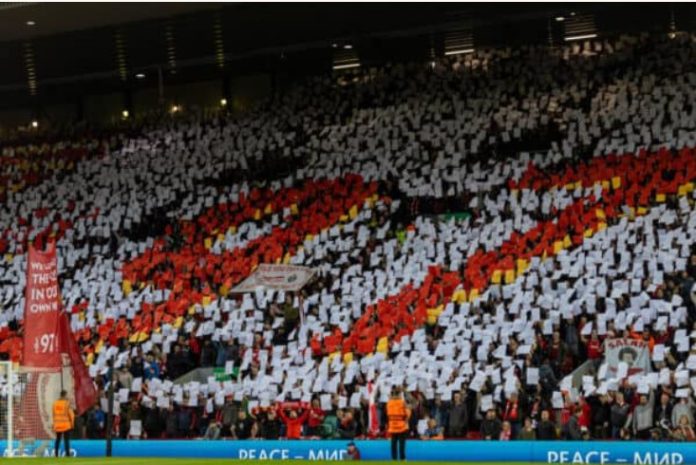 The Football Association has expressed concern about the increasing frequency of offensive chants about the Hillsborough disaster.

Labour MP Ian Byrne, himself a survivor of the 1989 tragedy, wrote in a letter to the Premier League last week that such chants have now become “incessant” and a “weekly occurrence” at games involving Liverpool.

It was found that 97 Reds fans were unlawfully killed as a result of the inaction of emergency services in the FA semi-final match against Nottingham Forest at Hillsborough.

Although the FA considers the crash chants extremely inappropriate and offensive, it cannot impose sanctions on clubs for them because, according to its rules, it has jurisdiction to act only on discriminatory chants.

Nevertheless, the governing body states that it supports efforts to eliminate such behavior.

“We are very concerned about the increase in the number of disgusting chants in stadiums related to the Hillsborough disaster and other football—related tragedies,” an FA spokesman said.

“These chants are extremely offensive and deeply upsetting to the families, friends and communities who have been affected by these devastating events, and we strongly condemn such behavior. We support the clubs and fans who are trying to eradicate such behavior in our game.

“We also support the excellent work of survivor groups who engage with stakeholders in football to help people learn about the devastating and long-term consequences that these horrific chants can have.”

Byrne told Premier League chief executive Richard Masters in a letter sent last Friday that his organization had an “obligation to take care” to stamp out the chanting, and said three Hillsborough survivors had committed suicide this year alone, two of them after the champions. The league final in Paris.

In that May match, the Reds fans were kept locked behind the perimeter of the stadium for several hours before the start of the match.

Initially, the French authorities tried to blame Liverpool fans without tickets for the chaos, but a subsequent report by the French Senate said that Red fans had unfairly become scapegoats in an attempt to distract attention from organizational shortcomings.

Byrne wants the Premier League to support the Legacy of the Real Truth project, an initiative he leads to inform people about what happened at Hillsborough.

He tweeted on Wednesday afternoon: “Welcome statement from the FA who can join our meeting with [email protected], when it will be agreed. The need for football stakeholders to work to educate fans about Hillsborough is long overdue.”

Brian Urlacher reveals what it was like to play against Aaron...