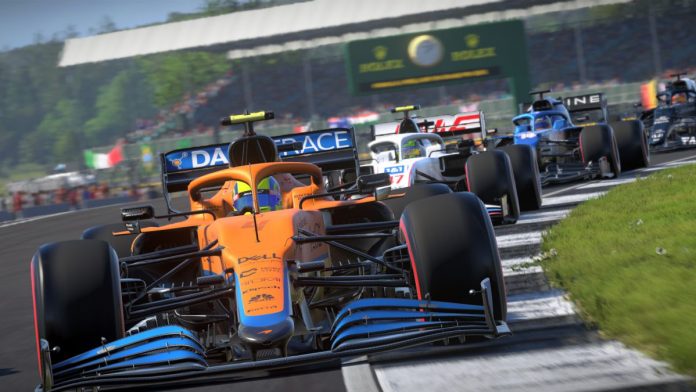 F1 2021: We have already contested the first races in F1 2021, the new installment from Codemasters. We know the first details of the game on PS5 and Xbox Series X | S.
We have already rolled on the virtual track of F1 2021. The official video game of the FIA ​​championship returns one more year from the hand of Codemasters, those responsible for just over ten years. With its release expected for next July, this year’s delivery is even more special for its debut in next-generation systems. PS5 and Xbox Series X | S will receive from day one the version dedicated to making the most of their functions.

The bar for the British is high. Just 12 months ago we gave F1 2020 a rating of 9 out of 10, a title that dismissed the generation with its best version within this framework. But the current situation is different. Codemasters already remains under the Electronic Arts umbrella. What can we expect from this year? We review the new details that we have learned from the hands of its director, Lee Mather.

Braking Point, in the wake of Netflix

Since its reveal, the news that has monopolized all the spotlight lands on Braking Point, the first complete story mode in the history of the Codemasters saga. Mather says that given the popularity of Drive to Survive, the Netflix-produced series that captures the highlights of each season, this creates an opportunity for all fans to experience what is behind the track.

It is not the first time that a sports title has made the jump to this type of mode. Without going any further, EA Sports itself did the same in Alex Hunter’s trilogy in FIFA, or Visual Concepts with NBA 2K. Here we will find an adventure of between 5 and 6 hours where the rhythm of the action is set by the script. We will experience from the eyes of a Formula 2 driver his ascent through the circus.

This first story arc will take the perspective of three seasons. We will start from F2 in 2019, and then progress through F1 in the 2020 and 2021 calendar. We will have a choice between five seats: Williams, Hass, Alfa Romeo, Alpha Tauri and Racing Point (which in 2021 becomes Aston Martin). Devon Butler, that antagonist from the first steps of F1 2019, will return as our main rival.

Lucifer: Fans Complain About The Series After Character Death