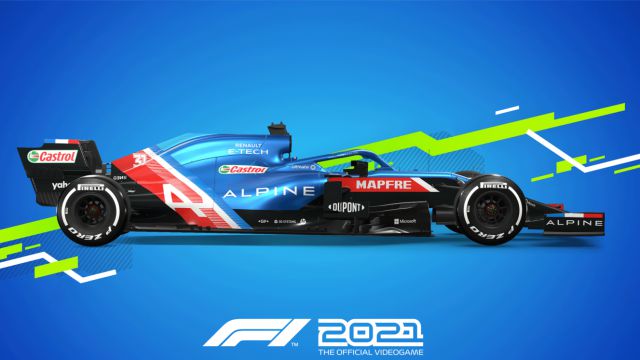 F1 2021: Codemasters and Electronic Arts confirm the first details of F1 2021, the first installment in the series to debut on PS5 and Xbox Series X | S. F1 2021 enters the warm-up lap. Electronic Arts and Codemasters confirm the initial details of this year’s installment, which coincides with being the first to debut in the new generation. PS5 and Xbox Series X | S will receive an improved visual experience and “faster loading times.” It will arrive on July 16 on PS4, Xbox One and PC via Steam, in addition to the two platforms discussed above.

First details of F1 2021: this is Braking Point

As stated in a press release, Braking Point will be “the new story mode.” We will sit in one of the Formula 2 cars to try to make the jump to Formula 1. This will not take by surprise the veterans of the saga, who already saw a similar approach in F1 2019.

However, this perspective will go beyond what is known so far: it will give us “an idea of ​​the lifestyle both on and off the track: the rivalries, excitement and dedication necessary to compete at the highest level.” Devon Butler will be back. Lee Mather, director of the F1 franchise, explains that this modality “has been in the works for years” and that it will expand “the gaming experience.”

My Team, individual championships and Career mode will be present. The latter will receive a cooperative option for up to two players to immerse themselves in the world of F1, either as teammates or rivals on the track. On the other hand, the three new circuits will arrive as free content: Portimao, Ímola and Jeddah.

F1 2021 will arrive with two editions. Those who pre-order the standard edition will receive the Braking Point content pack, a set of exclusive items inspired by the story mode, plus 5,000 PitCoins. On the other hand, the digital Deluxe version will include seven iconic F1 drivers for use in My Team mode, cosmetics for personalization, the Braking Point package, 18,000 PitCoins and three days of early access. Notably, the copies of the last generation are compatible with Xbox Smart Delivery and the free update program of PlayStation.

Wow, the clickers of The Last of Us Look Amazing in...

Spiral: Saw | Release Date, Trailer and Everything You Need To...