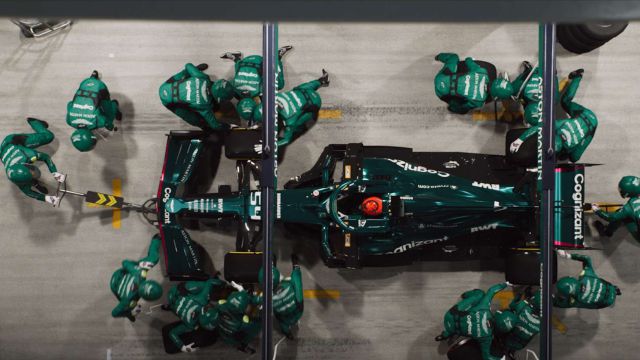 F1 2021 will feature a story mode, called Braking Point. Those responsible describe the main faces that will appear on the screen. Codemasters shares the characters that will be part of the F1 2021 story mode roster. Braking Point, as it’s called, will put us in the shoes of a young driver looking to make an egg in the great circus. We will start in F2 and little by little we will climb a story arc that takes 3 full seasons, two of them in F1.

F1 2021: this is how the protagonists of the Braking Point mode are

You can learn more details about the mode through our full trailer, which you can read at this link. Remember that F1 2021 is scheduled to launch on July 16 on PS5, PS4, Xbox Series X | S, Xbox One and PC.

“Aiden is a star in the making. A promising young driver embarking on his first F1 season who idolizes his teammate, Casper Akkerman. Jackson is perceived as a success story, having worked his way up from F2. Aiden is easy to love, getting to show a good facade to the cameras. However, behind the scenes he struggles to make the transition to the big league. It was expected that he would be signed by one of the biggest teams, but his situation has taken an abrupt turn that he is already making people talk about ”.

Known for his coldness and his lack of common sense, Casper is a steady hand determined to lift his team out of midfield battle. His calm temperament and stubborn determination have served her well throughout his illustrious career. However, with a crop of young talents making their way, he is feeling the pressure of trying to stay on top of the competition despite being in the twilight of his career. “